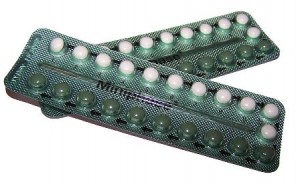 It was only recently that Obamacare, or its less catchy name, the Affordable Care Act (ACA) celebrated its fifth birthday. The plan was introduced with the aim of revolutionising the United States healthcare system. It was a big ambition for a developed country that unlike others, offered no form of basic universal healthcare. Five years on, many still debate if it does in fact provide ‘universal healthcare’. Obamacare has had its share of controversies; its most severe critics consider it akin to communism.

However, Obamacare may be showing some definite benefits ? at least where women are concerned. A recent analysis revealed by US Health Affairs showed that women are saving US$1.4 billion per year on birth control. One article showed that the average cost of a contraceptive pill prescription had dropped from $32.74 down to $20.37. More modern and effective contraceptives such as intrauterine devices (IUDs) were also more affordable, falling from $262.38 to $84.30.

Even with such a dramatic reduction in cost, a quick glance could suggest that Australian women still have the home advantage. An article published by consumer advocacy group CHOICE in 2014, showed that contraceptives such as the same IUDs cost a fraction of the American price at just AU$35.00 and were subsidised by the Pharmaceutical Benefits Scheme (PBS). Short term injectables (lasting 12-14 weeks) were $26 to $30, however they are not covered by the PBS. The contraceptive pill could cost anywhere from $35 to $283 for an entire year’s prescription depending on the brand. Other forms of contraceptives such as vaginal rings, female condoms and emergency contraceptive pills were relatively affordable but none were covered or subsidised by PBS.

It is here that Obamacare has paved itself a clear advantage. A unique aspect of the ACA is that unlike Australia’s PBS, its coverage is not restricted to two or three forms of contraception. While some women still pay some out of pocket costs (and this is dependent on a number of factors) the ACA covers one type of contraceptive from 18 separate FDA approved contraceptive categories.

So what does this mean? If you’re a woman living in the US and you don’t have a health insurance plan dating back to 2005 (known as a “grandfather plan”), a generic brand contraceptive will be free. The number of privately insured women accessing free contraceptives has increased dramatically in the span of two years. Types of birth control covered include everything from emergency contraceptives right up to sterilisation.

The Australian PBS has focused its objective on affordable contraception, so this idea of free contraception is a radical one. For a health scheme that was introduced half a decade ago, it already appears light years ahead of Australia when it comes to women’s reproductive health.

Not surprisingly, religious affiliated organisations and corporations throughout the US have refused to cover contraceptive costs for their employees – you may have heard of the prominent Hobby Lobby case. Until a recent ruling by the Obama Administration, these organisations were exempt from having to provide access to contraceptives, but now they must provide it through a third party.

Interestingly, things not covered were male contraceptives, including vasectomies. It’s extreme that this new scheme is prepared to cover an invasive procedure like female sterilisation, when vasectomies are far less invasive and just as effective. It’s estimated (both in the US and Australia) that 50% of women will experience an unplanned pregnancy in their lifetime.

Another glaring omission in this US system was coverage of ‘elective’ abortion, though the procedure is covered if caused by rape, incest or there is danger to the woman’s life. As of 2009, the average American cost of abortion ranged from $470 to $490. According to US statistics, ‘some 62% of all women of reproductive age are currently using a contraceptive method… The proportion of women at risk who are not using a method is highest among 15–19-year-olds’. Ironically, this is the same group that can least afford abortions.

Right-wing conservatives in the US have caused much speculation that Obamacare was in fact covering abortions with taxpayers’ money. This is a myth. While Obamacare does offer some abortion coverage under its affordable plans, people must pay an extra fee for the coverage and there are still out of pocket costs (hospital fees, etc.). It’s difficult to pin down a plain English explanation of the actual costs involved, as these differ from state to state. Furthermore, any state within the US has the ability to ban or restrict access to coverage for elective abortions. As of 2014, 23 states had passed laws banning or restricting access to affordable abortion coverage.

Obviously, critics will argue that with such a broad range of options, the expectation is that unplanned pregnancies and abortions should decrease exponentially. However, the above statistics reveal a massive gap between the use of contraception and reliability. With this in mind, it begs the question why is so-called elective abortion not on the list? This progressive, bold and, apparently universal plan appears too afraid to tackle the provision of a fundamental – and what many would consider their last – choice.

In Australia, the cost of surgical abortion varies state to state, and even from region to region within these jurisdictions. The standard Medicare rebate is 85% of the scheduled fee (again this depends on which state you live in). Additionally, for medical abortion, the pill RU486 was added to the PBS under the former Labor government. This made the pills more accessible by dropping their price from between $300-800 to a mere $36.10 for the average consumer or $5.90 for those requiring a concession. There will always be some out of pocket cost but it does appear more affordable down under.

There’s no denying Obamacare is forward-thinking in its approach to contraception and Australia may benefit from its example. But, if the ACA has designed its affordable pregnancy prevention solely on women’s ability to access it, then surely that plan should include subsidised abortions – particularly if the contraception they’re so happy to dispense is clearly inconsistent and women are still paid less than men.