don’t tell me to go eat a sandwich: models’ internalisation of bodyshaming 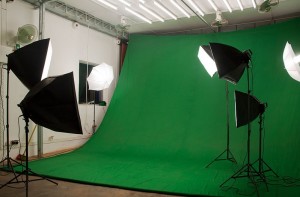 ‘So I’m not anorexic or anything, but l just love that look where all you can see is bone. lt’s like she doesn’t even exist, it’s so sexy.’

They’re sitting in a circle of bubble gum pink tulle and analysing each others’ Instagram profiles. I hadn’t been taking part in the selfie scrutiny up to now, opting instead to quietly sip a cup of tea (two sugars, mixed in with such discretion you’d think it was double malt whisky) and listen intently to the other women speaking. In truth. I had felt like the ugly duckling of Swan Lake since 7 o’clock that morning when I arrived at Hyde Park and was handed my tutu and stockings for the day.

In my experience, hearing this glorification of emaciated bodies at a modelling shoot isn’t uncommon, in fact it has become one of the most probable places to hear it. Willowy, svelte figures perform their choreographed ritual of smouldering glances and tight-lipped scowls in front of the camera then step ‘behind the scenes‘ and begin their choreographed ritual of verbal purging and self hatred.

I shuffle in my point shoes, adjusting the dove-feathered headband that’s been digging into my scalp. This was the biggest modelling campaign l had ever been a pert of, and the first television commercial l had ever done. I was sitting with a playboy girl, a fitness model and a host of other statuesque women who had been in the modelling industry since their first Cabbage Patch Kids shoot. During every change of outfit, I sequestered myself to the corner of the room lest – God forbid – one of them should look at my outrageous waist-to-hip ratio and wobbly thighs. At 45 kilos – a size four – I was terrified of being seen as “fat”. What eventually struck me as the day wore on, was that I wasn’t the only one hiding my figure. Even more incredible was the way these women spoke about their own bodies, pinching and pulling at apparently appalling specimens of skin from their hips and arms. Sub-cutaneous lipid storage was the new dirty secret in the modelling industry, something I didn’t realise was just as harmful as the 90’s ‘heroin chic’ fashion fad.

Unfortunately, this has become the stereotype of the self-obsessed, kilojoule-dreading model. There is a striking amount of research that goes into attributing the responsibility of negative body image onto the models of purportedly body shaming campaigns themselves. We look on in broadly advertised honour and mockingly implore them to ‘go eat a sandwich’. However there seems to be little to no pressure put on the industry that sells the girl that is so skinny she ‘doesn’t even exist’, for a healthier-than-the-girls-that-promote-them profit.

Medical News Today presents statistics supporting the idea that it is in fact the models themselves that suffer from the ‘fashion industry’s obsession with size zero’, according to a new study carried out by the Model Health Inquiry. The report shows that 40% of models are suffering from some kind of eating disorder. The study indicates that there may possibly be a increasing number of women working in the industry that are hiding their eating disorders, suggesting that current statistics may only be the tip of the iceberg.

The upshot of such an injurious global industry is that France, the fashion capital of the world, has decided to ban exceptionally slender fashion models and hold the modeling agents that hire them accountable, imposing on them possible fines and even jail. The move by France, with its fashion industry worth tens of billions of euros, comes after a similar ban by Israel in 2013. The measure is part of a campaign against anorexia by President Francois Hollande’s government. This is a ramification that has been a long time coming, considering the widespread culture, particular among teenage girls, but also including many young boys, of venerating exceptionally skinny women on the Internet. These websites, known as “pro-ana”, promote mental health disorders such as Anorexia Nervosa and Bulimia, with some blogs publishing “Ana’s rules” such as ‘Thou shall not eat without feeling guilty’.

Having interacted with a sphere that promotes such unhealthy values and ideas for women, it’s hard not to feel sorry for the many that have fallen victim to eating disorders, rather than blaming them. Facing up to an industry that profits from the deprivation of young women’s bodies will need more than an infantry of the ignorant shaming women for fixations they have been bullied into developing. And while I may not yet be completely comfortable with my sweetened tea at the next shoot I do, don’t you ever dare tell me to ‘go eat a sandwich’.