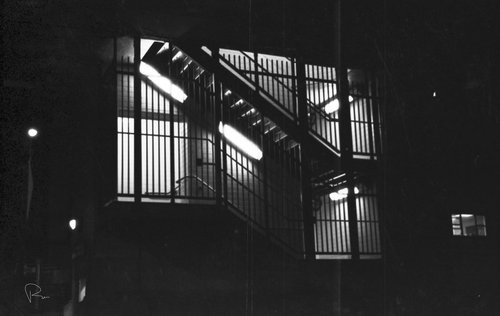 Surge of Aboriginal Women in Jail

An ABS report shows the number of Aboriginal and Torres Strait Islander female prisoners has risen by 20 per cent since June 2011, compared with a 3 per cent rise in non-Aboriginal female prisoners. The problem is not that Aboriginal women are simply innately more criminal, but rather they often lack the general support services afforded to the rest of the population. Aboriginal women are also at higher risk of domestic violence, mental or cognitive impairments, homelessness and poverty. Women of all backgrounds only make up about 7 per cent of the total prison population. While assault is the most common offence committed by male prisoners, female prisoners are more likely to be serving sentences for drug related charges.

Bristol University’s Christian Union has ruled that women will not be able to teach at their weekly meetings unless accompanied by their husband. An email from the president of BUCU, Matt Oliver, said that: ‘We understand that this [women teaching] is a difficult issue for some and so decided that women would not teach on their own at our [principal weekly meeting], as the main speaker on our Bristol CU weekend away or as our main speaker for mission weeks.’ The Union was apparently considering letting women teach at all meetings on their own but one of their senior members resigned in protest.

Plastic surgeons in Afghanistan say women are increasingly seeking cosmetic surgery. While cosmetic surgery used to be primarily administered to people suffering from war wounds or who had attempted self-immolation, there is a new trend amongst women from Afghanistan to pursue international beauty standards, especially since the ousting of the Taliban which has led to higher rates of international travel. Among the most requested procedures are nose jobs, facelifts and breast enhancements.

A new prank has emerged in parts of the UK. Young men drive to nightclubs and chat up young, alone, and slightly drunk women, offering to drive her somewhere. If she accepts, the young men drive as fast as they can in the opposite direction of her requested destination, and chuck her out of the car. This cruel practice has been dubbed “slutdropping”. What makes matters worse is that the name “slutdrop” has been co-opted from a dance move which has brought young women together. The dance move is similar to the bend and snap from the film Legally Blonde but far more physically intense. The move is done by women in a group of friends. A commentator from The Guardian says, ‘by stealing the name for such a nasty, abhorrent practice, those Unilads have reminded us once again of the word’s perjorative sting. The slutdropping move, meanwhile, is one of the few examples of the word being reclaimed by women. Squatting next to a bunch of tanked-up mates might not seem like society’s progressed much past the Paleolithic era, but it’s a true signifier of feminine camaraderie.’

Covered on Lip this week

The Engineering Toy For Girls