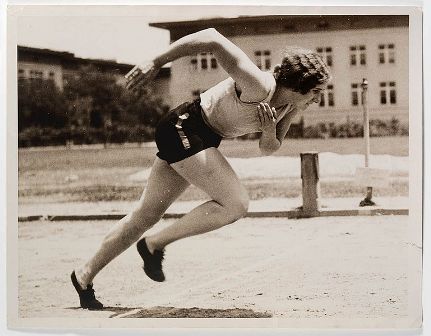 Forty-five years ago, Title IX legislation, which prevented gender-based discrimination against girls and women in federally-funded educational spheres in the United States, was signed into law by President Richard Nixon. This landmark legislation ensured that women were allowed access to education spaces that may have not been available previously.

Title IX is still important in today’s sociopolitical climate, however. And with the new administration’s track record of not prioritising women’s issues, many are worried about the future of women, femmes, and transgender individuals in higher education.

Title IX is perhaps best known for ensuring that male and female athletes be treated equally, not just in college but in federally funded youth sports as well. But the legislation also ensures that women in the United States have the opportunity to receive a quality education. As a result, millions of women have advanced their positions in the workplace, and have gradually outranked men when it comes to earning college degrees.

In addition, Title IX legislation offers protections to pregnant or parenting students, transgender students, and those who have been victims of sexual or gender based harassment, violence, and other social issues on campuses. Many of these are issues that the Obama administration and the Department of Education worked to improve throughout their eight years in office – especially sexual assault on college campuses. Due to pressure from the previous administration, 100 colleges across the country were investigated for alleged Title IX violations. Many of them have changed their guidelines for responding to sexual assault and student misconduct.

‘In part, those guidelines require institutions to have a coordinator in charge of investigation into and prevention of sex discrimination and sexual violence, to have a written policy that explains the investigation process, and to provide students who report experiencing harassment or violence with accommodations such as counseling or changes in campus housing or class schedule,’ writes New York Times reporter Jessica Luther.

Additionally, Luther points out that survivors of sexual assault on campus were encouraged and had the opportunity to file a complaint with the Department of Education’s Office for Civil Rights if they felt as though these guidelines had been violated.

As a result of these new guidelines, the civil rights office is responding to nearly 300 incidents of Title IX violations at 223 U.S. Colleges. Obama-era regulations have caused a number of universities to evaluate their practices when it comes to sexual-assault on campus.

The recent confirmation hearing of Betsy DeVos caused uncertainty for many leaders in higher education, as the new Secretary of Education would not commit to enforcing Title IX in the same manner that the previous administration had. This has been a troubling realisation for many individuals in the education sphere.

As Nancy Hogshead-Makar, a Title IX advocate and lawyer, told the New York Times, many are fearing that without this kind of guidance from the Department of Education schools may ‘heave a big sigh of relief’ because there will be ‘nobody with the pedal to the gas.’ Without the scrutiny of both the federal government and the public, schools could theoretically halt progress that has been made when handling sexual assault on college campuses.

Others have noted that this fear may be unfounded, as Title IX protocols may be upheld even without federal enforcement.

‘Schools have poured lots of money, time and resources into building title IX departments,’ writes New York Times contributor Jessica Luther. ‘They have hired people to staff them and drawn up new policies and processes for addressing sexual harassment and assault. And universities are slow to change; think of them as huge cruise ships with small rudders.’

Since many universities have already become compliant with this new protocol, experts note it is highly unlikely that these institutions will change procedure without direct intervention from the Department of Education – measures which are unlikely to occur.

Public pressure and the legal ramifications that universities could face will also likely keep them in check, ensuring that they will evaluate their practices and make changes for the better.

Though it’s unclear how the current U.S. administration will affect Title IX policies, it’s worth noting that students are not without recourse, and more and more, educators, administrators, and policy makers are on their side.