gender and journalism: fighting to be equal 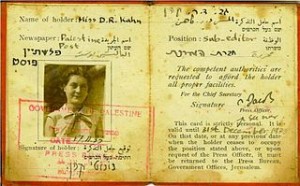 Women in the workplace is not a new concept. Neither are women in the media. Yet for some reason, both are governed by old-fashioned schools of thought.

The issue of women in the media has been fairly prevalent recently, with studies showing the widening pay gap between female and male journalists, as well as a scathing article by Geoffrey Barker accusing television journalism of only hiring ‘babes’ for whom ‘The curling wand and the make-up box trump the notebook and pencil every time’.

Now the issue has resurfaced, with a new survey stating that there are more women working in the media as a whole, but they earn less and few are in editorial positions.

The survey, emerging from the University of the Sunshine Coast, examined the ranks, salaries and genders of 605 journalists around Australia. It was only conducted over a period of ten months, which makes one question its accuracy. Nonetheless, it is a fascinating find, and certainly one that highlights an ongoing setback in the quest for gender equality.

Despite the inherent physical differences between the sexes, there are equally talented male and female journalists in Australia, in every medium (print, online, radio, television, photography). They all deserve recognition, through pride in their work, and through financial remuneration.

Michelle Grattan, Leigh Sales, Lenore Taylor and Karen Middleton make up a few of my favourite female journalists—and role models. But, having said that, I also have an assortment of male role models: Auskar Surbakti, George Megalogenis, Benjamin Preiss, and Leigh Sales’ partner in crime Chris Uhlmann, to name a few.

The idea of chipping away at the glass ceiling until it cracks is fruitless. The notion that women are somehow inferior makes no sense when we see so many examples of women with the same capabilities as men. It is a travesty that salaries don’t reflect this.

Journalism is not the only industry to suffer from this issue. According to a study conducted by the Workplace Gender Equality Agency, architecture and building, dentistry, optometry, law, art and design, mathematics, veterinary science, social work and agricultural science all sport higher salaries for male graduates. A disproportion of gender is not unique to journalism.

It looks like people are fixating on journalism at the moment because of the influx of females projected to enter careers in the media (70% of media students in Australia are female). Or perhaps because of Barker’s observation of a select few female journalists that fit the hot weathergirl bill. (I don’t recall anyone talking about Lee Lin Chin or Jennifer Keyte’s ‘perky’ breasts. No offence to them, of course. They’re invaluable assets to their respective news teams.)

But—male or female—every journalist strives through freelancing for free; through wondering why he or she stays up researching and writing until 1 AM; and through the multiple internships that end with, ‘Wait. This doesn’t turn into full-time work?!’

To be honest, I’m as sick of hearing people complain about women earning less than men as I am of hearing that women earn less than men. Suffice to say, it is hard trying to establish oneself as a journalist. Most of us have enough trouble worrying about getting paid to begin with—to worry about getting paid less because of a physiological difference on top of that is exhausting.

But until I get told that my salary is going to be equal to that of the (hypothetical) male journalist in the desk next to me, I’m going to continue to be one of these complainers.

If we love and are good at what we do, we deserve reward, regardless of our sex. If we keep giving fodder to the notion of ‘battle of the sexes’, no one is going to win it.

One thought on “gender and journalism: fighting to be equal”