‘I quit my job’: how the first step to finding fulfilment is actually a spectacular leap 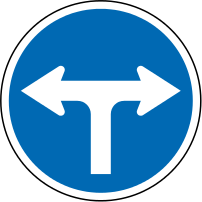 There are a few distinctive events in life that have become inextricably linked in my imagination with their depictions in film and television. Fantasies of summer holidays, first dates, road trips or international travel always play out as picturesque montages with uplifting scores and glorious sunsets. Naturally, said daydreams gloss over (i.e. exclude completely) the inevitable occurrences of the mundane, the annoying or the flat out disasters: the sweat and tears induced by dragging suitcases around cobbled streets, trying to get over jetlag in time to enjoy your destination, daily pre-lunch fights, itinerary squabbles, public transport mishaps and chronic sleep deprivation. Instead they play out as bright, joyous runs through theme parks, sipped lattes in street cafes,  indulgent browsing through bookstores and serene walks through galleries. Elves will transport our luggage around, my subconscious whispers soothingly. Unicorns will take me swiftly and efficiently anywhere I need to go. Obviously not, but it might as well be. It’s all a damn pack of filthy lies.

My favourite and grandest of all these lies, of all montage-epic-ride-off-into-the-sunset life triumphs is the job quit. And boy did I expect that to be the case when I quit mine.

Several glaringly obvious problems stood in the way of my glorious, triumphant, paper-throwing, desk-flipping exit, not in the least of which is that I needed these employers to respond positively to future reference checks. Mostly the problem was that I liked my job, and I really liked the people I was working with. So why quit then?

“Stepping sideways” is a phrase that has gained traction recently to describe a career shift that isn’t predicated by a promotion or firing. In the search for career fulfilment, sometimes the tough choices are ours and ours alone. We have to size up our lives, ask what we really want and prepare for the consequences.

There are thus fewer more courageous moves we have to make than walking away from a job. For me, it was about recognising that even though I could forge a career there, even though it was in the right industry, even though I had incredible friends at work, I had a terrible feeling that I was climbing the wrong corporate ladder. And that hoping I’d eventually stumble upon what I really wanted to do while there, could very easily lead to me having ten/fifty years of my life fly by in a very comfortable limbo.  So despite the uncertainty, the discomfort, the fear that comes with having no job, no plan and no money, I walked away.

If I didn’t know what to do with my life then I needed to not question things that I knew for certain I loved: writing, film, television. I needed to surround myself with that which made me happy and see where that took me. It’s extremely difficult to work full time and hold down multiple voluntary positions, yet I needed to have the financial freedom to be essentially without a liveable income. Pause and remember how blissful youth is, right?

Another fun factor in this decision thus emerged: quitting my Canberra-based job to be unemployed meant I would have to move back in with my parents, who live in Melbourne. So I quit my job, moved back home, and used the last of my money to pay my phone bill two days later. How I envisaged this situation as being one of pure paradise is beyond me. I mean there are quarter-life crises and there are quarter-life crises and good heavens if this wasn’t a quarter-life crisis. No money, back at home, no idea what you want to do with your life? There isn’t a damn show on this earth immersive enough to quiet that wailing banshee of a panic attack. I will once again pause to give kudos where they’re due to my brain’s incredible ability to convince me that newfound access to Lifestyle You would be enough to stave them off though.

I honestly believed this time in my life, this period of unemployed down-time, this “me-time”, was going to involve the world’s most blissfully epic Gilmore Girls marathon and naked house dancing with copious amounts of red wine. To anyone who asked what my plans were, where I was going to work, why I was going home, I would make a self-deprecating joke about hating my job/life, which would duly earn me excruciatingly concerned looks, so I’d try my best to explain a decision I couldn’t fully understand and endure their enthusiastic attempts to fill in what it was I meant to accomplish by quitting. We’d laugh about being in our 20s, about what it is to be young and reckless, daydream wistfully about spending days watching television like we used to when we were students; their envy at my forthcoming “freedom” convincing me that it was all going to work out.

The reality of this situation unfolded thus. Every day I would wake up feeling optimistic, open a million tabs of prospective jobs and maybe get two applications done, for the whole day. By the time I’d researched the company, updated my cover letter, expanded or contracted my resume, stress-drunk ten coffees and taken three procrastination showers…the day was over. And each day continued in such a fashion. I couldn’t relax, I couldn’t rest, I didn’t recharge.

Finally I found a part-time retail job around which I am now trying to work in as much volunteer work as I can. It isn’t much.

Undoubtedly a bullet had to be bitten because I never wanted to work in an office and needed to get out. Undoubtedly the pursuit of fulfilment will reap due rewards in time because hard work will pay off. Undoubtedly one day I can look back on this and reminisce wistfully about these uncertain times. For now, though, it’s like swimming in a sea of shit with no idea where shore is. And I am beginning to appreciate how the pursuit of fulfilment is most definitely a marathon, not a sprint.