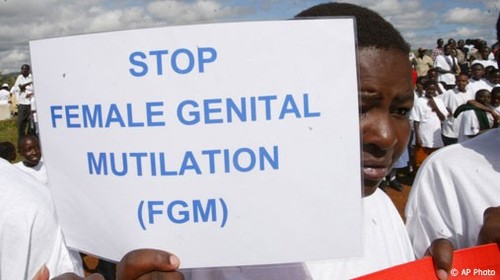 A United Nations committee has called for a global ban on female genital mutilation (FGM), a practice that has been undergone by 70 million young girls and women at a rate of about 6,000 a day. Three million girls are estimated to be at risk each year.

The UN’s general assembly human rights committee called FGM a serious threat to the psychological, sexual and reproductive health of girls and women, calling on UN member states to eliminate both the act and impunity for those who commit it.

The resolution will face the general assembly in the second half of December and, with 110 sponsors, will likely not face much opposition. While not legally binding, UN resolutions carry the moral and political weight that may encourage local governments to take action.

‘I think that together we can change the fate of many young girls around the world, and today this goal appears closer than ever,’ said Cesare Maria Ragaglini, Italy’s UN ambassador. ‘The resolution, in condemning the practice and promoting social and educational programmes, is … the beginning of a new journey.’

FGM involves removing the clitoris and sometimes other genital parts. It takes place, usually, in childhood or early adolescence. Infection, painful sexual intercourse and childbirth complications can follow. It also affects sexual pleasure in women, hence its use to control female sexuality in some religions. (Muslim and Christian leaders have spoken against FGM.) The practice is common in 28 African counties, as well as Yemen, Iraq, Malaysia, Indonesia and some ethnic groups in South America. That said, it remains a worldwide concern, if only because some immigrant groups in diaspora communities continue the practice.

One thought on “in brief: UN calls for global ban on female genital mutilation”