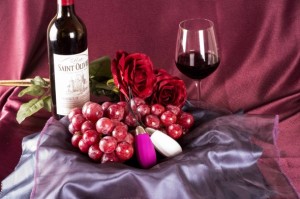 These past few weeks, Lip has been excited about a range of Australian projects that are using Pozible to crowdfund the money needed to bring their ideas into fruition. We have looked at Brisbane and Sydney projects, which have focused on areas such as the local arts scene and healthy food. While looking through the interesting projects featured on Pozible, we also found THIS project: 1024 Owner, A Smart Adult Toy.

What makes Owner a “smart adult toy” is that it can be directed by its user, or by a partner they have invited to join via the App. According to 1024’s Pozible campaign, ‘the innovative, portable and fun device that not only allows you to enjoy yourself, but also enables you and your partner to have better communication and interaction regardless of your locations’.

More information about materials, functions and uses of Owner can be found over at 1024’s Pozible campaign page. 1024 are crowdfunding with the intention to spend the money putting Owner into mass production and further developing its accompanying App, adding ‘music, text, videos, groups and so on’. 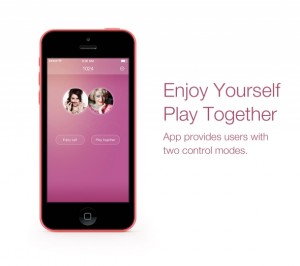 Heading over to the campaign page, you will notice that 1024 have managed to double their funding goal, with still one week to go. This is pretty impressive. According to Shu Shu Zheng, Project Advisor at Pozible, clever rewards often lead to success:

‘I think the project doubled its funding goal really quickly because they were using the crowdfunding campaign as a pre-sales function – and there are clearly a lot of empowered and experimental crowdfunders out there! Lots of people wanted the product and the fact it’s reached its goal so quickly showed potential supporters the project and product has legs.’

The 1024 team have set up a rewards system that allows supporters to buy the product cheaper than its retail price, promising to ship it all over the world once the campaign is over and the Owners are made. Rewards start at $35 AUD, so head over here if you’re keen to donate and buy an Owner.

‘The 1024 Owner is such a fun concept. We really hope it sparks conversation around the importance of intimacy and embracing your sexuality.’

The language used on the campaign page to explain and advertise Owner may also have something to do with its success as an idea. Unlike many sex toy advertisements, the words and images are bright, positive and SFW. The descriptions are clear and inclusive of a range of sexualities, and the product is marketed as part of a healthy lifestyle and relationship, whether that be with your own body or someone else’s. It is refreshing to see a product that embraces female sexuality, with or without a partner.

But Pozible is an Australian organisation, you might be thinking. Why host a project based in China? In fact, Pozible has hosted many international campaigns, connecting with projects all over the world.

‘We believe there’s lots of creativity around the world and we want to give these creatives the opportunity to get their projects off the ground,’ Shu Shu says. ‘We’ve seen some amazing design projects from Singapore and exciting tech projects from China, so we’d like to keep exploring what the rest of the world has to offer.’

Pozible has a reputation for hosting creative campaigns that crowdfund short films, festivals and indie albums. However, they accept a range of projects beyond the realms of arts. ‘Pozible started out as a platform for more arts-related projects but we don’t want this to define what can and can’t be crowdfunded,’ Shu Shu explains. ‘We’re a really open platform so we definitely want to see more tech projects come through, especially from women. While our users are mostly women, these kinds of projects are mostly pitched by men so we’d highly encourage more women to crowdfund their tech projects with us. We’re all about celebrating innovation, diversity and creativity, and tech projects have the scope to tick all these boxes.’ 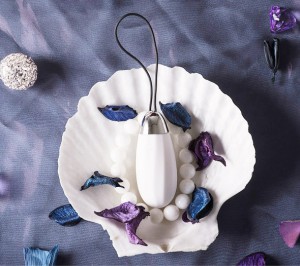 Excited about 1024 Owner? Head here to check out the campaign (and maybe even treat yourself to your own smart adult toy).