2015 was the year Australians weren’t quite sure who their Prime Minister was. As of this year, ‘Netflix and Chill’ has officially been around long enough to be embarrassingly misused by big brands and your clueless uncle alike. And 2015 has brought hashtag activism into its own, with everything and everyone having their own Twitter hashtag, for better or worse. Do you remember Woolworths’ failure of an ANZAC day campaign? How about the successful rallying of protestors in Melbourne against “Operation Fortitude”?

2015 was also a great year for women. I’d like to think that every year is getting better for us, but this year felt a little more inclusive, as high-profile women started discussing the intersections of sexism, homophobia, transphobia, classism and racism. Here’s a list of a few women who stood out this year by standing up for their fellows. 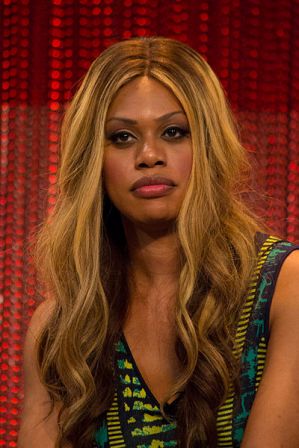 Breakout star of Netflix’s Orange is the New Black, Laverne Cox, has consistently fought for the rights of trans people, in particular trans women of colour. Last year she graced the cover of TIME magazine for ‘The Transgender Tipping Point’, but somehow in 2015 she just kept doing more.She was the first trans woman to have a wax figure in Madame Tussauds;she was listed in TIME’s100 most influential people; and she was named as one of LGBT history month’s 31 icons.

Laverne Cox is not passively the face of the trans rights movement. Not only does she often give impassioned speeches at events like the GLAAD media awards, she is an active Twitter user, highlighting the mistreatment of trans women, particularly trans women of colour. You’ll often see her supporting the movements #GirlsLikeUs, #SayHerName, and her own creation, #TransIsBeautiful over at @lavernecox 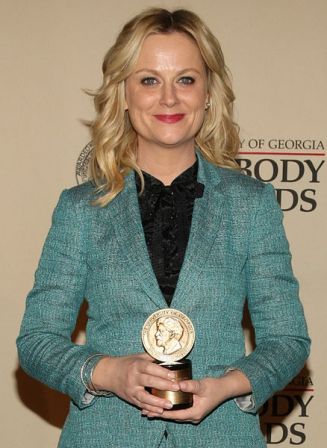 Image via Wikimedia Commons (CC BY 2.0)

Amy Poehler’s Smart Girls project has been running for several years now, but this year, while starring in Inside Out, Sisters and the final season of Parks and Recreation, Amy Poehler’s Smart Girls demanded that we #AskHerMore. Sick of being asked ‘who are you wearing?’ Amy caused an uproar before the Golden Globes, with floods of feminists filling the hashtag #AskHerMore with creative and intelligent questions that could have been used on the red carpet. Unfortunately, they weren’t, but Amy wasn’t deterred.

At the Emmys, Smart Girls were on the carpet, this time with the hashtag #SmartGirlsAsk. Scores of celebs were asked fan questions from Twitter, like ‘What prominent female entertainment figure would make a great late night host of a talk show and why?’ and ‘how do you think the film industry could better portray the lives, struggles and joys of real women?’ Even Britney Spears got in on the action, asking ‘Is there one book you’ve read as an adult that you wish you could share with your younger self?’ Unsurprisingly, there were some amazing answers from both men and women on the red carpet, all of whom were happy to be asked more. 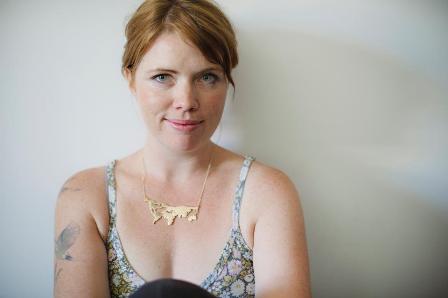 Melbourne-based writer Clementine Ford has made headline after headline for her loud and proud feminist ways. Her Facebook page is often a rallying point for young women to share their stories and to feel safe. Clementine isn’t afraid to speak her mind or to block a troll who is spewing hate onto her or her followers. Earlier this year, Clementine called out Sunrise for its victim-blaming language regarding a mass nude photo leak. Clementine posted a selfie with the words “HEY #SUNRISE, GET FUCKED” written on her chest in black marker.

Since then, Clementine has named and shamed her online abusers, screenshotting abusive messages and unsolicited dicks pics and posting them to her Facebook, Twitter and Tumblr accounts. The first time, Facebook banned her for 30 days, causing international headlines. Later in the year, her naming and shaming got a man fired. Clementine Ford has become the feminist icon of the 21st century. Caitlyn Jenner made the courageous decision to come out as a trans woman this year. Consequently, she broke Twitter records, gave us her now infamous Vanity Fair cover, and her own reality TV show, I am Cait. She’s won the Arthur Ashe Courage Award, earning the anger of sports fans who don’t believe she deserves her Olympic medals anymore, and she’s won the Glamour Woman of the Year award, earning her the wrath of Germaine Greer and other so-called radical feminists. She’s been busy, to say the least.

Caitlyn was essentially forced to take up her role as a trans rights activist, something most people are given a chance to grow into as they become more comfortable in who they are. She became the most famous trans person in the world and a lot of expectations were sat with her. She’s not perfect, but she’s certainly done her best in her new role, using her platform to educate her audience and to show the learning curve of the people around her.

Uzo Aduba is best known for her role as Suzanne “Crazy Eyes” Warren from Orange is the New Black. This year, her performance won her the Emmy for Outstanding Lead Actress in Drama series, after having won the Emmy for Outstanding Lead Actress in a Comedy series the previous year. This makes her the only actress win a comedy and a drama Emmy for the same role. Look, she’s beautiful and talented. Go watch her Emmy acceptance speeches. You will cry at least a little.

The creator of all your favourite TV shows (Scandal, How to Get Away with Murder, Grey’s Anatomy), Shonda Rhimes has consistently written female characters worth playing and well worth watching. Viola Davis thanked her in her Emmy acceptance speech for putting women of colour onscreen in such a meaningful way.

Harry Potter author and gazillionaire JK Rowling is an avid Twitter user, using it to engage her loyal fans. This year she shut down haters, praising the vote for marriage equality in Ireland by saying that Dumbledore and Gandalf should get married there and supporting the casting of Noma Domezweni, a black actress, as Hermione in the upcoming theatre production of Harry Potter and the Cursed Child.