masculinity and violence: is there something wrong with the way we are teaching boys how to be men? 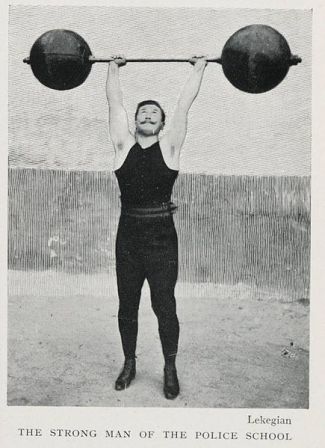 I was riding through the park with my girlfriend on a recent warm summer evening. As we cycled down the path we approached a group of men. Upon passing the group, an object was thrown at my head. A water-filled balloon exploded on my face, followed by another, which hit my chest. We halted and screamed at the perpetrators; we demanded answers. Instead, we received abuse. Things quickly escalated. The group encircled us; they were yelling. Suddenly, a member of the group lurched forward. He was naked. I felt intimidated and threatened and fear began to circulate throughout my body. I remember shouting, ‘This is indecent assault! Sexual harassment!’, which only encouraged the group to jeer and taunt even louder. We decided it was time to leave and jumped on our bikes and pedalled away.

Later that evening I relayed the incident at a family dinner. Instead of empathising, my father laughed as if the whole event was a joke and we, unfortunately, were unable to see the humour in it. My father’s response devalued the very real fear that I felt at the time. What he failed to comprehend was the highly gendered nature of the attack, in which a group of men targeted me and my girlfriend because we were women.

A few weeks later I again broached the subject with my father. This time, he attempted to attribute blame elsewhere – alcohol, he explained, turns men into idiots. Interestingly, there has been a vocal chorus emanating from mainstream media over the past few months, echoing my father’s sentiments. In the wake of a spree of alcohol-related attacks, commentators are pointing the finger at Australia’s drinking culture.

Is alcohol really the culprit or is it, rather, a convenient scapegoat? There is something unique about the nature of violence that we are currently witnessing; that is, violence is predominantly perpetuated by men. Attributing blame to Australia’s drinking culture only touches on the surface of a larger, more deeply entrenched societal problem: masculinity and the way gendered behaviour is performed by men today.

Interestingly, the media has overlooked the steady rise in male-perpetuated violence against women. The Bureau of Crime Statistics and Research data shows that the current number of domestic violence assaults in NSW doubles that of alcohol-related incidents.

Alcohol-related and domestic violence are not discrete events but are in fact connected by the same underlying behavioural patterns. Perhaps a more pertinent question should be asked: Is there something inherently wrong with the way we are teaching boys how to be men?

From the moment a child is born they are assigned a gender based on their biological sex. For many years society upheld the belief that sex and gender were one in the same; that is, one’s sex predetermines specific behaviours. Feminists have questioned this belief and it is now widely accepted that much of what was believed to be innate in males and females is, in fact, learnt behaviour.

Children are taught to become girls and boys by performing distinct behaviours. In Western society, masculinity and femininity are dichotomised and are in polar opposition to each other. Masculinity is the dominant gender trait and is characterised by dominance and strength. Femininity, on the other hand, is the submissive gender trait and is associated with passivity and softness. While women are thought to naturally be gentle caregivers, men are aggressive; providers.

These notions are reinforced throughout childhood through the division of gendered toys: boys are encouraged to play with “masculine” toys such as trucks, action men and Lego, whereas girls are given dolls and Barbies and emulate the domestic rituals performed by their mothers.

There are inherent dangers in programming children to believe that boys grow up to be physically active, strategic thinkers while women are resigned to a lifetime of domestic servitude.

In this same vein, boys learn to suppress their emotions as they are continually told to ‘be a man’ and to ‘stop being a girl’ because ‘boys don’t cry.’ Emotion is considered to be a feminine trait and is a sign of weakness in a man.

Throughout a child’s development into adolescence and eventually adulthood, to be perceived as an authentic man in our society one must not only adopt ostensible masculine traits but also continue to prove their masculinity to one another.

Professor Kerry Carrington specialises in criminology and sociology and recently told The Age that ‘young men who commit these acts of totally irrational, unprovoked violence know no other way to express their masculinity when they feel contested.’

Youth worker Tristan Higginbottom agrees. Of the young men he works with, Tristan says most ‘have an inability to articulate their feelings’. He believes that ‘the real problem is the way young people are socialise’ and their ‘inherent attitudes towards others’.

Why, then, do some men engage in violent acts while others do not? Could it be that those men who do not are better at expressing themselves emotionally? Perhaps they were brought up being told that it is OK to cry and show vulnerability? That women are not weak and gendered roles and behaviours are not fixed? That the litmus test for “being a man” is not proving to other men how strong you are but rather, admitting that you are vulnerable and knowing when to ask for help?

Australian men are currently entrapped by a model of masculinity that prevents them from articulating their emotions. This is increasingly resulting in devastating consequences. According to the Australian Bureau of Statistics, men are almost four times more likely to commit suicide than women.

When the rate of male suicide is viewed alongside alcohol-related and domestic violence, it is clear that there is something amiss with the performance of masculinity at present. What is required is a seismic shift in the way gender is constructed, taught and performed in our society. It is time for a conversation to commence in order to address the underlying causes of violence and death in Australia.

Alexandra Cashion is a Melbourne-based writer, with an interest in social and political commentary. She holds a Bachelor of Arts (Monash University), Master of International Relations (University of Melbourne) and completed a thesis entitled ‘Women and the Arab Spring.’ Her work has been published in Aphra magazine and Archer magazine. She is passionate about women’s issues, gender equality, LGBTI rights and environmental conservation. When not writing she can be found riding her bike and antagonising her Burmese cat.

2 thoughts on “masculinity and violence: is there something wrong with the way we are teaching boys how to be men?”