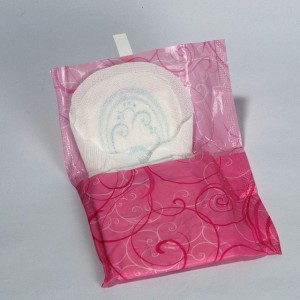 In the 1978 issue of Ms magazine Gloria Steinem wrote her famous article  ‘If Men Could Menstruate’ in which she stated that ‘menstruation [for men] would become an enviable, worthy, masculine event: Men would brag about how long and how much. Young boys would talk about it as the envied beginning of manhood. Gifts, religious ceremonies, family dinners, and stag parties would mark the day…Sanitary supplies would be federally funded and free.’

It’s been about 36 years since that article was published and still I wonder if any editor from a non-feminist or women’s rights, mainstream media publication would put out into the world something of its ilk in today’s society.

Menstruation has been somewhat stifled throughout –male dominated– history. Indeed, some anthropologists still have to advocate today that women invented the calendar. Seriously, what man needs to document something every 28 days? The shedding of menstrual blood is a taboo subject in some cultures. It’s even seen as a form of punishment that women have to endure. I think it’s more of a punishment that Australian women pay GST on menstrual hygiene products because they are considered a ‘luxury item.’ It’s a bit of a let down seeing that Steinem’s well known article and years of women’s struggles have done nothing to perturb the stigma surrounding menstruation.

If you didn’t catch it on the mainstream media airwaves, yesterday, Wednesday, May 28, was Menstrual Hygiene Day. No? Didn’t hear about that? Well, it’s a thing. Menstrual Hygiene Day is a day dedicated to raising women’s, men’s, boy’s and girl’s awareness about menstruation and menstrual hygiene.

In developing countries women and girls often miss work or school or use unsanitary materials to mange their periods. This is because sanitary products are too hard to find or too expensive to acquire, clean running water and soap is limited, and access to pain medication is scarce.

International Menstrual Hygiene Day is not only a day in which we encourage and teach people to manage their menstrual cycle hygienically, it is a day in which people all over the world can become aware of the stigma surrounding menstruation. It’s safe to say that many people regardless of their sex or gender have a stained mentality of menstruation. As Steinem suggests in her 1978 article, there would have to be a complete flip of the coin before men actually cared about or empathised with women’s and girl’s periods.

Similar to International Menstrual Hygiene Day’s goal of raising awareness, Spanish performance group, Sangre Menstrual, has sought to raise a more visual kind of awareness of menstruation. The performance group took to the streets recently in white pants stained with blood. The members of Sangre Menstrual claim that only through ‘free bleeding’ (something discussed earlier this year by Lip’s Bridget Conway) could social and cultural change begin. Sangre Menstrual claims that by hiding periods women are reinforcing the patriarchal system; they are ‘sick of menstrual prejudices’ so their ‘bloodstained panties’ are used as a ‘flag.’

In a more subtle way Carefree’s new ‘Be Real’ advertisements seem to be going down the path of trying to open up a discussion about menstrual health and the stigma surrounding menstruation as well.

Although Sangre Menstrual seems to be getting people talking about menstruation, their method is radical. I mean, sure menstrual blood isn’t toxic to the touch but I’m sure my sister, lover, mum, teacher, dentist, wouldn’t be too happy if I stained their couches.

I think that whether the tampon, pad or menstrual cup is a tool created and enforced by the patriarchy is neither here nor there in modern society anymore. Nevertheless, at the crux of each group’s agenda there seems to be a collective want to change the stigma surrounding menstruation and further people’s understanding of it. This is a need that is still not being met. Steinem says at the end of her 1978 article that, ‘logic is in the eye of the logician,’ however, to further Steinem’s argument, should we reach the logician via subtle, gradual, persuasive ways or through abrupt, authoritative, assertive methods?

What’s your take, Lipsters? How visible should menstruation be?
Share your thoughts with us in the comments!