not superwomen: how government and employers can help close the superannuation gender divide 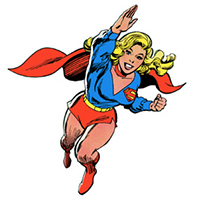 With a gender superannuation gap of 46.6%, women often receive advice on how to improve our super balances. However, the fact that the average 60-year-old Australian woman would have to work an extra 25 years to retire with the same superannuation balance as her male equivalent suggests that women will have difficulty achieving financial security without assistance from both government and employers.

The final recommendations from the Senate inquiry into Economic security for women in retirement were released on Friday and provide 19 comprehensive recommendations on tackling superannuation inequality, such as strengthening employee rights to access flexible working arrangements and keeping 65 as the age when people are eligible for the pension.

After reading the submissions to the inquiry, here are five changes I would like to see to close the superannuation gender divide:

2. Provide superannuation to carers
The current superannuation system does not recognise that many Australians take time out of the workforce to provide care. Deloitte Access Economics estimates that in 2015, Australians provided approximately 1.9 billion hours of care, with 70% of this provided by women. The inquiry report notes that taxation policy should be ‘accommodating rather than penalising those who care for others’. Countries such as Germany have a caring credit system, where the government tops up an employer’s pension contribution so carers receive the amount they would be entitled to if they were working full time. Considering the scheme’s success in Europe, the Australian government should evaluate whether it could be applied here.

3. Reinstate the low-income super contribution
Inquiry submissions consistently advocated for the need to maintain the government’s low-income super contribution (LISC) scheme. The LISC assists people earning less than $37,000 a year to save for retirement by providing a refund of 15 per cent when their employer makes concessional superannuation contributions. Despite the fact that one in two working women currently receive a benefit from the LISC, the Australian government plans to end the scheme in July 2017. This decision means that 3.6 million workers will pay more tax on their superannuation, with these people likely to be heavily dependent on the aged pension in the future.

4. Rethink employee benefits
Fringe benefits tax legislation should be revised so that employers can cost-effectively provide subsidised childcare and healthcare as employee benefits, which would boost women’s superannuation by keeping us in the workforce. Initiatives like this make good business sense, as they would help to both attract and retain high-performing female employees. Given the choice between cheaper childcare and a novated vehicle lease arrangement, I can guess which one most mothers would opt for.

5. Improve women’s financial literacy
In line with the report’s title, ‘A husband is not a retirement plan’, many submissions recommended initiatives such as high school education programs to improve women’s financial literacy. With an already overcrowded school curriculum, a better approach might be to make financial advice more accessible to women when we need it most, focusing on steps that can be taken at every age to ensure a comfortable retirement. This could take the form of a government rebate for financial advice for those at risk of financial hardship, such as newly divorced women, or could be offered as a targeted pro bono service by independent financial advisers for women with low incomes.

Positive discrimination?
One of the more controversial recommendations is a proposal for the Australian Government to repeal anti-discrimination legislation to allow employers to contribute additional super to their female employees. Supporters such as ANZ Bank say it’s a necessary measure to meaningfully increase women’s retirement savings, while critics like PricewaterhouseCoopers suggest it would undermine other workplace equality initiatives and may have the unintended effect of discouraging employers from hiring women.

Do you think an employer contributing more to female employees’ superannuation is a good move? What changes to super would you like to see?