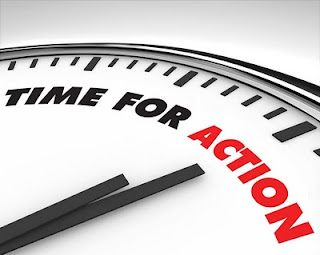 With the recent disappearance and subsequent murder of Irish woman Jill Meagher in Melbourne, never has the issue of violence committed against women been more important. Meagher was last seen on CCTV footage walking from drinks with work colleagues to the home she shared with her husband – a mere 700 metres away. A Coburg man, Adrian Ernest Bayley, 41, was arrested and formally charged on Friday with Jill’s rape and murder, after her body was found in a shallow grave 45 minutes from Melbourne.

The social media response has been unprecedented – by Friday morning the victim’s name was being mentioned on Facebook and Twitter every 11 seconds (this amazing figure is now considered a risk in jeopardising the trial of the accused). A large proportion of these mentions were offering condolences to Jill’s family, husband and friends, and much of it was creating awareness. However, an alarmingly large portion of it was from people speculating on the circumstances in which Jill was assaulted and killed – had she not been alone, had she not been walking through a narrow alleyway, had she been wearing different shoes, even, were all put forward as unfortunate contributing factors.

On top of this, this reasoning was similarly used to provide advice for women to follow if they too want to avoid this kind of situation. This behaviour is referred to as victim-blaming – Clementine Ford does a brilliant job of discussing it in relation to the Meagher case here and how it is used on a larger scale to shift the blame for these kind of events onto the person involved, instead of addressing the large scale problem of violence towards women by men.

In a society where women like Jill Meagher can still lose their lives so quickly and only 6% of rape cases result in conviction, it is promising to see that the National Plan to Reduce Violence Against Women and Children has been officially committed to by the state and federal governments this week. The plan is the first of four 3-stage plans that are part of the more holistic aim to reduce domestic violence. In this sense, Jill Meagher was a minority – an overwhelming majority of women who are victims of sexual abuse and violence experience it from someone they know, often in their own homes.

The initial stage of the plan is seeking to target prevention and create an evidence base, whilst raising awareness and generating discussion – two of the most important steps in starting to attack the culture of violence towards women.

Julie Collins, Minister for the Status of Women and Community Services reiterated its importance and provided more sobering evidence around the continuing violence towards women and children.

‘Eradicating violence against women and their children is a key priority for the Australian Government [and] this first implementation plan sends a clear message about what the government will do as key national priorities over the first three years of the 12-year National Plan.’

$86 million has been committed to the initiatives involved in the plan and according to Collins, major achievements have already been made, most notably the effectiveness of The Line campaign which seeks to educate young adults about boundaries, particularly in relationships. Other initiatives include 1800RESPECT, the National Sexual Assault and Domestic Family Violence Counselling Service and 17 Community Action Grants towards community based activities.

The Line is particularly important as it is aimed specifically at young people, which is where the culture has the best chance of being changed. Costing $17 million over four years, The Line seeks to use social media to reach adolescents between the ages of 12-20, and provide them with greater understanding as to behaviour that could be considered “crossing the line”, particularly within relationships. Julie Collins stated, ‘Teaching young Australians about healthy and respectful relationships is critical to breaking the cycle of violence against women’. The campaign saw an improvement in young people’s behaviour regarding verbal abuse, cyber bullying and discussing relationship issues with friends and family, and 84% of respondents in tracking research stated the campaign ‘improved understanding of behaviour that could be construed as “crossing the line”’.

Jill Meagher will remain a chilling and incredibly sad reminder of what it means to be a woman alone at night for women all over the country, but particularly so for those living in Brunswick and the surrounding areas who were probably doing the same thing Jill was doing on that same evening. Since police asked for any information regarding the case, Crimestoppers was inundated by calls from women who had experienced harassment and abduction attempts. The Plan is certainly a long overdue contribution by the government towards changing the obscene numbers regarding sexual violence towards women, but it is also a very welcome one.