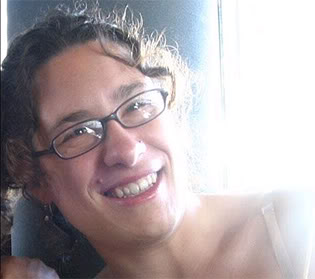 To the editor and staff of Lip,

Rachel started Lip because she was frustrated that the only magazines for young women in Australia were about fashion and celebrity gossip. She had a subscription to Seventeen magazine in the early ’90s herself and knew how a magazine could show you the life you wanted to have as you were preparing to start leading one. She was not opposed to celebrity worship; if she had been I would not be able to say that I’ve seen every single Christian Slater movie made before 1996. Even the skateboarding one. But she wanted more for young women, and being Rachel, she thought she was the one who could create it. That’s the type of person she was—fearless, a little delusional, and prepared to put in the work. We all were prepared to help her in those early days. Lip would not exist without the economic and emotional support provided by her partner, Allan. Desperate for content, she even talked me into writing an article about socially responsible investing (issue three). I remember showing off every new issue to my fellow graduate students as they arrived in the mail. Not everyone gets to have a sister as cool as mine, but everyone can share what she created.

The world needs dreamers and doers. Rachel was one. And so is everyone who has ever worked on Lip. But it also needs people who have smaller ideas. Who go to work and pay the bills and buy the magazines. That’s who Allan and I are. We can’t all be Rachel, but we can support her. Lip is her public legacy, her mark on the world, and her gift to her adopted home. As proud as I am of my sister for making Lip, I am grateful to all the people who have kept it going. With that gratitude, Rachel’s estate is being donated to help Lip survive and thrive. As Rachel said in the inaugural issue, there are awesome possibilities open to you. I hope this money makes some of them achievable.

A brief note from Lip’s editor:

When Nicole contacted me in mid-2015 to let me know that she and Allan planned to donate Rachel’s estate to Lip, I wasn’t sure how to feel. The news was bittersweet. As an independent publication with limited funds, and run entirely by volunteers, a donation of this nature is wonderful. At the same time, the circumstances under which the donation has come our way are less than so.

While the funds currently remain unspent, we do have plans for 2016. Over the coming days we will launch the Rachel Funari Prize for Fiction for the fourth time, with a monetary prize bigger than it has been in previous years; in the coming months, we will give our website a much-needed face lift; and in the coming year, we hope to, once again, publish another print edition of the mag. This wouldn’t be possible without the generous donation and continued support of the Funari family, to whom we are incredibly grateful.

And, of course, we hope to continue to keep Rachel’s legacy alive and keep the magazine going strong in whatever form it takes in the future.