straight, white men fed up with being discriminated against 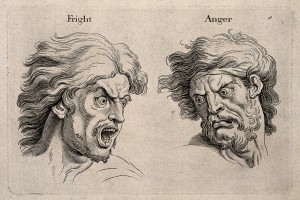 MELBOURNE—A cluster of straight white men dragged themselves away from their computer screens on Wednesday night to attend the inaugural ‘Straight White Men Who Are Fed Up With Being Discriminated Against’ rally. It was an event eagerly awaited by tens of thousands of vexed straight white men throughout the Internet.

A hot-tempered yet enthusiastic crowd poured into the limited spacing that The Roxburgh Park Hotel All-You-Can-Eat-Buffet offered them in anticipation of meeting likeminded individuals, discussing trivial ‘issues’ and going to town on the selection of rotisserie chicken. ‘I’ve been waiting for something like this to happen since I saw Clementine Ford’s Facebook page yesterday afternoon,’ said Alex Russell, a resident of Bendigo. Russell drove nearly two hours to attend the rally. ‘My mate Darren was raving about it, and what she’s doing is claiming a very small sphere of the Internet that’s not for us, so we made a real effort to be here tonight.’

The main guy asserts his self-appointed position as ‘the main guy’ by banging his spork against a champagne flute filled with jelly and whipped cream. ‘We are very appreciative that we have received the reassurance we needed – that there are people out there who have had enough of this suffocation,’ said the main guy. ‘It gave us the inspiration we needed to get this going. We refuse to be pigeonholed by the unreasonable, unhumorous and unattractive feminist population,’ he added without a hint of irony. A wild round of applause ensued.

The main guy took to the floor, to find out just what made these vexed straight white men so vexed. ‘I don’t feel safe leaving disparaging comments about Beyoncé’s appearance on YouTube late at night. The Internet is not a safe place for my valuable straight- white-guy opinions,’ said Dandenong resident John Green through muffled tears. ‘Another user called me an idiot, it was really hurtful.’ He went on to add that if he were married to Beyoncé, he would have cheated on her too, as he spilt rotisserie chicken down the front of a grey t-shirt looking as if it hadn’t been washed in weeks, maybe even months.

Brighton local Dan Smith said he felt ‘absolutely mortified’ when he caught a glimpse of a female co-workers payslip and came to the realisation that they were being paid the same wage, even though he shows up to work male every day.

The guy that stood silently yet authoritatively next to the main guy at all times slammed his fists down on the bistro table down in a fit of passion. ‘My father is an unapologetic jerk’, he bellowed. ‘So was his father, and his father before that. We all sit around guffawing at our own self-perceived excellence. Complacency is one of my family’s greatest longstanding traditions, and I’ll be damned if I’m going to stand idly by and allow critical self-evaluation to come in and destroy decades of bigoted pride.’ The secondary applause was deafening.

‘You know – since we came up with this idea, we had unreasonably high expectations of how it would turn out,’ said their fearless leader. ‘As for me, I’m somewhat thankful for what we’ve achieved here this evening. All we want, is to say and do all the things that we continually insist on saying and doing, and I don’t think that’s too much to ask,’ he said, a tear rolling down his white male cheek. ‘We are finally headed in the right direction’ he concluded, as the crowd made their way to stuff their pockets full of donuts for the long ride home.

6 thoughts on “straight, white men fed up with being discriminated against”