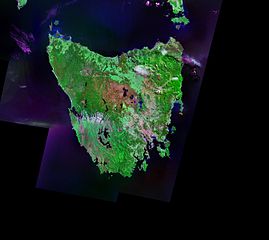 ‘Everyone has the right to life, liberty and security of person.’ This is the opening Principle of the Tasmanian Government’s Taking Action: Tasmania’s Primary Prevention Strategy to Reduce Violence against Women and Children 2012-22 released by Minister for Community Development, Cassy O’Connor this week.

Ms O’Connor said that the theme of the happy gathering was ‘taking action to promote gender equality and taking action to put women and children’s safety firmly on the Tasmanian community’s agenda.’

The Tasmanian Women’s Plan is the self-proclaimed cornerstone of the Tasmanian Government’s gender equality program for the next five years. It outlines a vision for a Tasmania where all women and girls are empowered and enabled to reach their full potential in all areas of life. The plan is divided into the following sections:

– Leadership and community participation; and

‘We are committed to equality of opportunity for all Tasmanians and we recognise that for some groups there are serious barriers to participation, and that in turn results in a less inclusive and productive society,’ Ms O’Connor said.

The second strategy, Taking Action: Tasmania’s Primary Prevention Strategy to Reduce Violence against Women and Children 2012-22, is a key output of the safety and justice component of the Tasmanian Women’s Plan.

‘The focus of the Strategy is on primary prevention, rather than limiting our efforts to responding after violence has occurred and lives have been damaged,’ Ms O’Connor said.

The Tasmanian Government is a signatory to the National Plan to Reduce Violence Against Women and their Children. Signing up to this agreement commits the state to implementing strategies that will assist in reducing the incidence of violence against women and children.

In 2004, the Tasmanian Government introduced a criminal justice response to family violence through the Family Violence Act 2004 and supporting response system, Safe at Home. This includes funding for a range of counselling and support services for both family violence and sexual assault victims.

However, in the foreword of the prevention plan Ms O’Connor acknowledges that while big steps have been taken in improving the secondary and tertiary responses for victims of family violence and sexual assault, there is still much to be done to reduce these forms of interpersonal violence in the first place. The Primary Prevention Strategy steps in to fill this void listing actions occurring or ready to be implemented across government to promote attitudes and behaviours that will have a long-term effect on preventing family violence and sexual assault.

Similarly, the Tasmanian Women’s Plan outlines current initiatives in place to assist women in all aspects of life, including women in business, youth issues, and education.