the occupational wage gap: a look at the most common “pink-collar” jobs 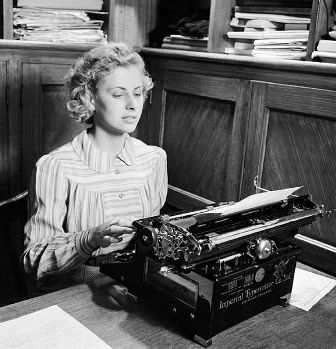 In 2015, the Census Bureau reported that for the first time, women in the United States were more likely to have a bachelor’s degree than men. According to the reports, 37.5% of women in the 25 to 34 age group have attained advanced degrees, compared to 29.5% of men, making female millennials the most educated generation in U.S. history.

Despite their educational accomplishments, however, women are still waiting for equal pay. And while there are hundreds of think pieces centered on the wage gap in male-dominated fields such as technology and engineering, few discuss the occupational wage gap that currently exists in other fields.

Often relegated to what has been described as “Pink-Collar” fields, women who work in female-dominated fields such as social work, education, and healthcare are subject to lower wages.

Social work has long been a profession dominated by women. Recent studies by the Bureau of Labor Statistics note that 82% of social workers are female. This is hardly surprising, given that social work as a profession has long championed feminist traditions, human rights, and socialist ideals.

The average wage for social workers is projected to be around US$51,930 per year. Shockingly, although women make up such a significant portion of the social work labour workforce, women in social work professions typically make less than US$50,000 a year. Of course, this wage disparity has little to do with quality of work but rather, it indicates that female dominated professions are generally less valued in today’s society.

Across the country, teaching has become an overwhelmingly female profession. According to Education Department data, over 75% of all teachers in K-12 education are women, and the disparity is most present in elementary and middle schools.

Despite this, however, the gender pay gap for teachers continues to expand where women take home an average of US$933 a week, compared to the US$1022 per week according to the Institute for Women’s Policy Research.

Furthermore, women who work in higher education are even more subject to gender pay gaps. As Jami Morshed of Unit 4 notes: ‘Male professors earn an average yearly salary of US$82,528, while women professors earned only US$70,355’, making a discrepancy of over US$15,000 per year.

Despite the recent growth of males entering the nursing field, healthcare and nursing have long been industries dominated by women. That being said, reports by USA Today confirm that men in nursing and healthcare fields still tend to make more money than their female counterparts. The yearly gap for wages in nursing amounts to around US$5,000 per year, but over a lifetime, that amount can end up being over US$150,000.

These findings are unexpected, Ulrike Meunch, a professor of research at University of California tells reporter Lindsay Tanner.

‘We were somewhat surprised to see that this gap was so persistent over the years, given the female-dominated profession where you would think women may have caught up with men.’ This trend continues in other healthcare positions.

While gendered pay discrepancies have long been critiqued, inexplicable pay gaps continue to be present even in fields where women are a dominant and critical force in the industry. Despite women’s qualifications and educational attainment, women continue to earn less than their male counterparts in a variety of fields.

While male-dominated professions often gain news coverage for not being woman-friendly, it’s time that female dominated professions are relegated to a higher status, that women are paid fairly for their labor in comparison to men, and that wage disparities continue to be critiqued and changed over time.