the problem with privilege and “reverse racism” 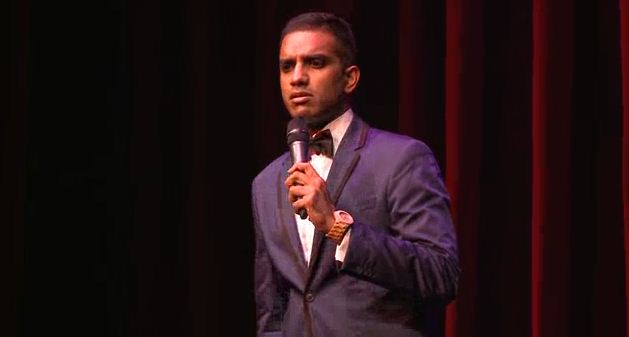 This week I had a striking encounter with a guy who was up in arms about the media outpouring over Robin William’s death. His feelings were made apparent in the context of a lack of media coverage over unarmed members of the African American community being killed by police in the U.S, which has received only a tiny proportion of the media coverage. He was doing it tough to feel remorse for what he viewed as a rich white guy who had taken his own life when his own community was struggling to survive at the hands of police and community brutality.

My immediate response was anger at his lack of empathy for the plight of a fellow soul who was clearly battling his own demons, which ultimately led to his suicide. I was also angry that anyone would use the term “opt” for suicide. Suicide is not an “option”; it consumes and claims victims. Mental illness is a disease, not a lifestyle choice, and it’s an illness that doesn’t discriminate. But perhaps most interestingly, I was just as outraged that he devalued “white” life. I felt very uncomfortable and likened his stance to “reverse racism”, which is defined as discrimination against members of a dominant or majority group, or in favour of members of a minority or historically disadvantaged group. I spent the day seething that some guy had, in my eyes, been discriminatory against a victim of mental illness (who was now deceased) merely because he had white skin.

In my own mind, arguments against racism include equality and an end to prejudice. Therefore it didn’t make sense to me that it was OK for a black person to make bigoted remarks about a white person, when a white person making the same remarks about a black person would be deemed so positively wrong. The problematic part of my argument, of course, was that being of equal standing does not necessarily result in “equality”. In a patriarchal society, we see that every day. So, was my moral outrage justified? I pondered this for quite some time.
I decided to re-evaluate my own privilege to try to make sense of this conundrum. First, I wondered why I felt so affected by this and concluded that it was in fact the first time I had experienced “racism” first hand. I was in a privileged position to begin with. Having made it through 30 odd years of life before feeling the pangs of being white, surely that’s a challenge I should be handling with good grace? I’ve experienced gender discrimination, health discrimination and so on, but this was the first time I’d ever felt belittled to be white.

Second, I decided to read up on other people’s encounters with reverse racism. I read a barely coherent rant by an angry man about how reverse racism ‘punishes whites’ by doing terrible things like promoting ‘affirmative action’. Uh-oh, I was fast becoming one of “those”; the kind of person that overlooks the subversive nature of society to suit their own argument. The fact that I felt a pang over this told me something about myself.  I realised that I’m proud of parts of my heritage which, sadly, have systematically destroyed parts of other people’s history, culture and lives.

Third, I watched a comedy act by Aamer Rahman on the topic of reverse racism, which actually had me laughing at myself, awkward as it may be. Within a historical context his performance put my own privilege in focus and served as a great reminder of all the history lessons I’d missed at my middle class white girl’s school. I was embarrassed that I had taken such offence over something as trivial as a comment based on privilege that perhaps wasn’t worded as politically correctly as you’d hope. It’s hardly an ‘I’m not racist but…’ joke. The kind of joke, I might add, I’ve been guilty of letting slide on occasion myself. Not only that, I concluded that the same remark by a person with white skin wouldn’t have hit me quite so hard. You know, in the kind of way it’s OK for you to make jokes about your family but if someone else does – LOOK OUT!

I took the time to look at some links posted by the man about some of his community members who had indeed been gunned down unarmed in American neighbourhoods and I have to say, I was shocked that this doesn’t receive the mainstream media coverage that it should. The fact that this surprised me, surprised me, given all the other terrible things mainstream media omits to feed us while be ravage hungrily on the feast that is The Bachelor. Yep, suck that up, white girl!

Since this incident I have awoken to the fact that reverse racism is problematic in and of itself, suggesting that people don’t have a right to express opinions that don’t suit a white and privileged majority – the one made up of myself, my community and the mainstream media. Arguments against ignorance of mental health issues is one thing but labelling someone racist for providing commentary against a privileged majority is quite another.  If I ever encounter commentary on my white privilege again, I’ll nod silently. I won’t be nodding knowingly for I’ve never walked in the shoes of another, but rather by way of acknowledgement that there’s still no even standing in society, whether it comes to media commentary, inappropriate jokes or even racism itself.

Naomi Snell is a Monash University graduate and former editor of the student newspaper Lot’s Wife. A weekly columnist for The Good Men Project and member of Writer’s Victoria, Naomi is currently working towards the publication of her own memoirs, Two Worlds Colliding.

One thought on “the problem with privilege and “reverse racism””