the right to free speech: what you didn’t know about working for the Australian Public Service 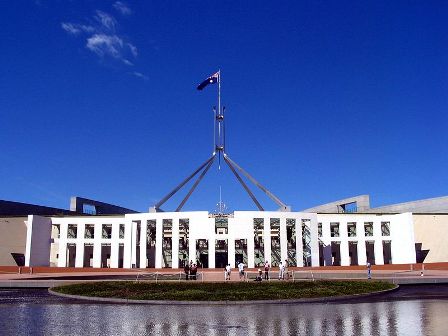 My name is Brianna and I am a former employee of the Australian Public Service.

This may sound like a dirty little secret or admitting that I am in some kind of 12-step recovery program for an addiction, but if you are anything like me three years ago, you may not really know what it is to be a public servant.

For me it meant making the move to Canberra to undertake employment with a Federal Government Department to help address the needs of the Australian people, with the ultimate goal of improving the quality of some people’s lives.

It became quite clear early on that I was a tad naïve in my thinking. The APS turned out to be a world full of contradictions, catch-22s and conflicts, notably the conflict that exists between one’s role as an impartial, objective public servant, and an active citizen in the world of social media.

As a public servant it is part of your job to provide sound, evidence-based advice to Government in order to ensure fair and equitable representation of the views and needs of the Australian people. Advice given should be carefully considered and objective, regardless of any personal views held by the individual about the current Government or issue at hand. It is expected that in your official capacity you will not allow your own views to interfere with your commitment to the broader Government agenda – even if those views are an accurate reflection of those held by the Australian public.

In signing my contract with the APS I was legally binding myself to the Australian Public Service Act 1999; the legislative framework that all APS staff must work within. This includes the APS Values, Employment Conditions and Code of Conduct.

The APS Values seemed fair, just and overall in line with what I personally valued:  a commitment to help others in a respectful and informed way. So I signed on, confident that I would make a personal effort to implement these values and assumed that my colleagues would do the same.

According to guidelines developed by the Australian Public Service Commission on making public comment and participating online (social media):  ‘APS employees have the same right to freedom of expression as other members of the community, subject to legitimate public interests.’

If the same right to freedom of expression does exist, then shouldn’t the world of social media be a space where APS staff are permitted to be free agents? What defines “legitimate public interests”? I might find it interesting that Average Joe struggled to get up for work on Monday morning, or that Plain Jane is feeling CBF due to a big night out. As long as it doesn’t affect how old Jane and Joe do their job, then what is the issue?

The issue is whether or not APS staff are making comment in an official or unofficial capacity. If, for example, one of your official duties is to administer, monitor and communicate on behalf of a member of Federal Parliament via their social media account, your personal opinion and comments should not be present.

If you are making comments about current affairs or certain Government policy from your own social media account/s and in an unofficial capacity, as mentioned in the Australian Public Service Commission guidelines above, principles around making public comment still apply, as do the APS Values and Code of Conduct.

In addition to this, each Department generally has its own set of guidelines around how they expect their employees to behave online. For example, in April this year the Department of Prime Minister and Cabinet (PM&C) released a policy that encourages public servants to “dob” on a colleague if the colleague presents a position or view on the current Government and/or its policies.

As per the policy: ‘If an employee becomes aware of another employee who is engaging in conduct that may breach this policy there is an expectation that the employee will report the conduct to the Department.’ This also includes making comment anonymously or from an anonymous account. If it can be traced back to the employee by someone else, the employee faces the possibility of losing their job – as several public servants have before.

Some say that public servants know what they are signing up for. However, the Community and Public Sector Union (CPSU) have found that PM&C staff was not considered during the development of this policy and even as a union, the CPSU weren’t offered an opportunity to comment. This, they claim, is a breach of the Enterprise Agreement that outlines employment conditions held between staff and the department.

While we have an implied right to freedom of speech in Australia, we do not have a Constitutional right. But as Commonwealth Human Rights Commission President Gillian Triggs said in regards to the policy, “the Federal Government does not own the bodies, souls or speech of its public servants.”

If online engagement by public servants is in fact ‘enabled and encouraged’ by Government, then why are public servants being punished for expressing their point of view on issues that affect them as private citizens? Moreover, if we are to achieve the work/life balance that the Australian Public Service so frequently promotes, how does one draw a line in the sand and recognise when the role of a political public servant ends and the role of human being begins?

Social media provides a space where anyone can engage in a discussion, regardless of the myriad social boundaries that so often restrict individuals from being active participants in society in general. Until the role of the public servant is redefined or the Internet magically disappears (both outcomes are equally unlikely), social media will always present a grey area for public servants.