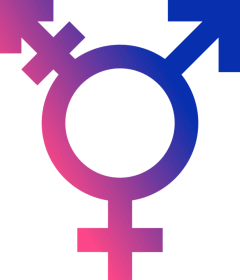 Laverne Cox came prominently into the public eye as Sophia Burset on Orange is the New Black, prisoner, hair stylist, and transsexual, and pretty soon a fan favourite. Cox herself is transgender and a vocal and active advocate for LGBTIQ rights. Just last month, GLAAD awarded her the Stephen F. Kolzak Award, one of their highest honours. Her mainstream presence has become so prominent that in the TIME Magazine readers’ poll for its 100 Most Influential list of 2014 Cox finished in fifth place. Despite this, the editors of TIME did not include her on the final list. Cox received a higher ratio of ‘yes’ to ‘no’ votes than titans like Beyoncé and popular actor Benedict Cumberbatch, both of whom made it onto the list. Her omission is an example of the rampant transmisogyny and transphobia in the media. When internationally recognised media corporations like TIME disrespect public trans* figures, they are inherently adding to the erasure of trans* people everywhere.

Following Cox’s exclusion from the TIME 100 Most Influential list, I spoke with several Australian teenagers who identify outside the gender binary. These young Australians are among the population that the media ignores and erases every time they portray a trans* person incorrectly or disregards the efforts of individuals such as Cox. Karae, Jo, and Frankie, all aged 18, sat down with me to share their experiences and opinions on the matter of trans* erasure in the media.

‘Laverne is an absolute inspiration,’ Karae says. ‘To be a transwoman of colour in the public eye, while remaining an activist and actress? [It’s] nearly impossible. She is an amazing, incredibly strong woman.’ As an aspiring writer, Karae asks the tough questions of Hollywood, ‘Why was Jared Leto cast as a transwoman in [Dallas Buyers Club], instead of an actual transwoman? It contributes to the idea that transwomen are really just men. It’s hurtful.’  Back home, Karae’s felt the effects of this treatment of trans* people. ‘I have been told I should be committed to a mental asylum for my gender identity,’ they tell me. Karae has fortunately found a safe haven in a supportive partner and close friendship group in the LGBTIQ community.

Jo has found friendship and strength in this ‘underground’ culture as well. Before he found his own support network, he was harassed not only by strangers, but also by people he considered friends for identifying as non-binary and queer. ‘The negative treatment of queer people is institutionalised and near inescapable,’ he says. ‘[The snubbing of Cox was] simply an act of trans* erasure. An institutionalisation of ignorance and bigotry, used to lever the privileged further into a state of power. People have an inexplicable and immature fear of queer, trans* and non-binary people.’

Harassment for trans* people in public can come in both verbal and physical forms. Frankie confesses that when they have presented as masculine when out in public the persecution from strangers has been overwhelming. Frankie has been attacked on a train, their pants pulled down as three men yelled, ‘What is it?’ Another time, they were punched in the face at a shopping centre.

There’s an anger amongst these young people, but there’s hope too. Public figures like Laverne Cox are paving the way for minorities to have a louder voice and be more visible, and it might be that the younger generation is already seeing them.

Frankie shared the story of coming out to their six year old brother: ‘I told him that I wasn’t a girl or a boy, and he responded by kissing my forehead and saying “You can be a boy, or a girl, or maybe a bird even.” He then resumed watching Peppa Pig.’

When six year olds can easily put aside the construct of gender binary, it’s devastating that adults cannot look past their bias and do the same. The people behind media outlets such as TIME feel the need to reinforce transphobia and add to trans erasure in mainstream media, and they will continue to get away with it until consumers stop permitting them to do so.