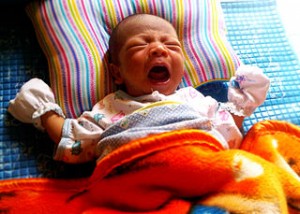 According to new health studies from Canada, women living in urban areas are more like than those living in rural areas to suffer postpartum depression after giving birth.

Interestingly, this is a problem not just for new mothers and women. The individualistic lifestyles of many people within modern society has long been criticized for being non-conducive to social interaction and community integration.

Classical sociologist, Emile Durkheim for example, first stated this in The Division of Labour In society in 1893, where he noted that the individualistic character of modern societies meant that contemporary life involved less solidarity and social cohesion among its members.

With a lack of shared values and community orientated practices and rituals, individuals in contemporary life spend a considerably more amount of time in isolation from their communities.  It is no coincidence statistics show that modern societies experience higher rates of mental illness and depression than their traditional counterparts.

Relative to this, it seems logical that women living in rural communities experience higher rates of post-partum depression than those living in urban areas. Due to the caring responsibilities that inevitably result, giving birth often leads to women spending more time within their home. If their interaction with their community is limited, then they are logically more likely to suffer isolation and depression than if they are heavily communally involved.

While women are likely to be involved with their communities when they live in rural areas where they live in a close-knit, more traditional like fashion; women in urban areas are much more likely to be limited by the individualistic norms pervasive in modern life. Living in the city where people tend to have specialized occupations and live individualized lifestyles, they are unlikely to have much community involvement or support.

Urban women are thus more likely to suffer post-partum depression than women from more rural areas because of the culture surrounding them. If we want to do something about the disparity, then we need to look at the societies, how well they integrate new mothers and provide them with community support.

Got a spare minute? Why not fill out the Lip reader survey for your chance to win a free copy of issue 23 + an awesome Lip tote bag? We’d love to hear your thoughts!