where have all the wiki ladies gone? 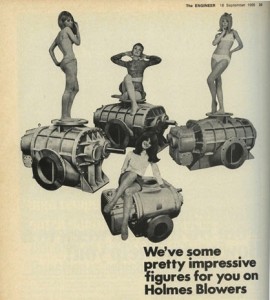 In 1920, British publication The Engineer wrote that ‘nature has not fitted women for engineering. Though here and there, one may break away from the norm, just as we may find now and then a great woman novelist or a tolerable woman artist.’

Since those words of misogynistic wisdom were written in the ’20s, women have broken away from the ‘norm’ and flown solo across the Atlantic, made the first X-ray images of DNA and discovered that stars are made mainly of hydrogen and helium – boo ya.

But if you ‘Wiki’ women who have done amazing things in the field of science, technology, engineering and math (STEM) the digital entries landscape is as sparse as the Albuqerquean tip of the Chihuahuan Desert. And it is for this reason that a group of people at Brown University are about to embark on a five and a half hour Wikipedia ‘editing party’.Wikipedia entries will be edited or added to in order to improve the representation of women in STEM and will coincide with the fifth annual Ada Lovelace Day, an international celebration of women’s contributions to technology.

No Wikipedia entry exists, for instance, for Ingeborg Homchair, who won the 2013 Lasker Award for co-inventing the modern cochlear implant, the first device to ‘substantially [restore] a human sense with a medical intervention.’

Focusing on issues of the gender and wage imbalance in STEM is warranted, but facts and stats don’t inspire us, people do. People like Ingeborg and Kelly Wong, a blogger, tweeter and super smart science lady.

Kelly, who studied biomedical science with honours, is now deep in the geektastic depths of a PhD, as she writes her thesis on the allergic response to grass pollen in patients with hayfever and asthma. Kelly explains that working in biomedical research is not all just spreadsheets of data and bearded, bowtie-wearing men.

‘Science is all about innovation and exploring ideas to understand processes, systems and networks. Learning new things and making discoveries is one of my attractions to science and research. It’s exciting and ground-breaking. It’s also really hard work. Everyone wants to make a name for themselves, often with cut-throat reality and fierce competition.

‘It’s been consistently demonstrated that men usually hold the top Professor titles, the ones who are higher up in the field. The ones who win the accolades, the Nobel prizes in the science fields. The numerous stories of women who have made discoveries, only for their male supervisors and colleagues to take the credit, is not unfounded. From a time when women had to use pseudo-male names to publish their work, we’ve come a long way.

‘During my undergrad, the ratio of male to female was pretty equal, however lots of women in science feel they can’t progress because they want to be able to have a break (i.e. for family or getting married) without interrupting their career negatively.

‘I’ve attended workshops with other women in science and have seen that many are able to balance this quite successfully. My PhD supervisor is female, has a husband and children.

‘I’ve always been very career-minded. I’m not ready to slow down for now (I’m only 22!) so I want to go forth and achieve as much as I can. Any successful women who run a family, or other commitments on top of work, particularly ones who are experts in their field, have my total respect. It’s inspiring to see strong women in research who go against the grain. Women are progressing in science and contributing more than ever before and I want to be part of this.’

Kelly is just one of many women breaking ground in the science and technology industry. Hopefully after the Wiki party people across the world will be able to find out more about these women, and be inspired to pursue their own careers in the area.

2 thoughts on “where have all the wiki ladies gone?”