zoe’s law, choice and the restriction of women’s reproductive rights 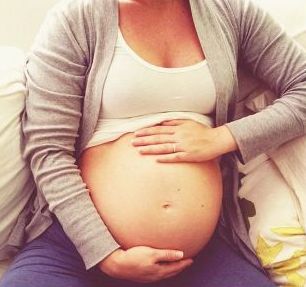 We’ve come a long way from the princess in the tower – women, I mean. We make our own decisions now and stand up for ourselves more – and better – than we ever have before, and with more political muscle. Yet we must still be vigilant; there are those who, under the guise of ‘protecting women’s rights’, seek to weaken our voices by stealth – the political process is not overwhelmingly pro-female, but would you say it is misogynistic?

In 2009, Brodie Donegan was hit by a car driven by a drug-affected driver. She was eight months pregnant and the accident resulted in the death of her unborn child. This tragic outcome triggered a massive response around the state, the nation and within the halls of Government. In the eyes of the law, Ms Donegan’s unborn child was not a person so the guilty driver could not be charged with any crime related to injuring the foetus. The NSW Parliament acted to alter this outcome and the Lower House voted to pass a new law recognising unborn foetuses as living people. The vote was 63 to 26 in favour of the legislation – a large majority. The legislation is known as Zoe’s Law, named after Ms Donegan’s baby.

At first glance the legislation would not seem to be problematic; of course Ms Donegan’s loss is devastating and of course the guilty driver should be held to account. But in what way? And for what specific crime in relation to the lost child? After all, the child was not a living being. The new law recognises a foetus of twenty weeks or more as a person – and this is where we run into controversial territory.

When the bill was introduced by Liberal MP Chris Spence, he declared that this ‘bill will not involve prosecutions in relation to lawful abortion procedures and treatments’. The mere fact that the legislation was introduced with a statement of this sort foregrounds the issue. Under the rule of Zoe’s Law as it was presented to Parliament, if a woman seeks a pregnancy termination she can technically be charged with grievous bodily harm. This is where that ever-present threat to place women back into a state of disempowerment looms.

Such an outcome is more likely than you may think. Women seek terminations for all sorts of reasons and if Zoe’s Law is an attempt to control these choices then it is a very underhanded way of restricting options for women who may not have enough choice to begin with. What if a woman running from a rape-in-marriage situation discovers that she’s pregnant? If she opts for a termination, the father of the unborn child (i.e. her abusive spouse) could bring charges against her for grievous bodily harm. She could be prosecuted and possibly imprisoned. Even if the case did not proceed, imagine the negative impact on an already damaged woman. She, at least, would find herself stuck right back in that (not so) metaphorical tower.

What if a mother, for her own reasons, simply decided not to carry her pregnancy to term? She may already have one or more children to look after; she may not have the financial resources for any more. What if a woman’s own health is at risk if she bears another child? Do the mother’s rights take precedence, or those of her unborn foetus? Isn’t it enough that she is forced to choose between herself and her child? Must we add the pressure of potential criminal charges as well? This is where the debate starts to get a little dark – and, sadly, all too familiar.

All these “what if” scenarios may sound alarmist – but they are possible and to the women caught up in them they can be terrifying. Ask any rape counsellor about a woman’s right to choose and you’ll find some very passionate advocates. Imagine the revolting scenario of a rapist attempting to prosecute his victim for grievous bodily harm to the foetus he forced on her. Under these newly-introduced laws, it could happen. Certain special interest groups seem determined to get control of women’s bodies no matter the method – and hijacking Ms Donegan’s tragic situation seems to be a means to accomplishing a very ugly end. Many female MPs had trouble with this legislation. In the words of NSW MP Carmel Tebbutt, ‘In other jurisdictions recognising the foetus as an independent person has been the first step towards prosecutions of women where they are deemed to have acted contrary to the interest of the foetus they are carrying.’

Her very words send a chill down my spine: just what right does anyone who is not the mother have to make decisions in the ‘interest of the foetus’? Even the father has little claim here. In simply scientific terms, the foetus would not be alive without the mother who carries it so what about her rights? Even with safeguards to ensure the protection of a woman’s right to make her own decisions about herself and her body (including everything and everyone inside that body), bills like this one threaten to shove women back into a dark age from which we have only recently emerged. Our political muscles need to be flexed often if they are to remain relevant – and heard. If the NSW Parliament wishes to toughen the penalties for DUI then fine, go ahead – but leave our reproductive rights alone.

Zoe’s Law was expected to be introduced into the NSW Senate in March, but it was not, largely because it did not have enough support. Strong Opposition came from Women’s Legal Service, Family Planning NSW, and the Rape and Domestic Violence Service. Their concerns are that the bill criminalises abortion and, with anti-abortionist Fred Nile an early advocate of the legislation, their claims certainly seem valid. Any law that purports to dictate what a woman should and shouldn’t be doing inside her own body sets a very dangerous precedent. Even the NSW Bar Association indicated that the bill did not address their concerns around safeguarding women’s reproductive rights.

Whatever the reason a woman chooses to have a late-term abortion, this is her right – now. Under Zoe’s Law her right to choose is at risk. While losing a child is horrific – and I can hardly imagine anything more awful myself – it is not excuse for trampling women’s reproductive rights. In Ms Donegan’s specific case there is little ambiguity; recognising her foetus as a person harmed during the commission of a crime is more problematic because laws are not designed for specific circumstances. Their applications are societal and general – and prone to misuse. The law is meant to be malleable, even flexible, but it is up to women across NSW to ensure we do not find ourselves gagging on its elasticity.