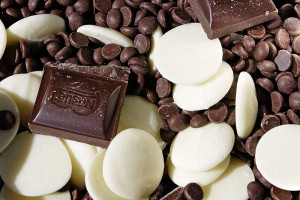 Popular chocolate brand, Snickers, has recently received a great deal of criticism over its latest ‘You’re not you when you’re hungry’ ad – both from feminists and rival chocolate companies alike.

The one minute, 11 second video depicts a group of construction workers shouting surprisingly encouraging feminist and anti-sexist phrases to passing women below. A pleasant reversal of stereotypical sexist cat-calling, wolf-whistles and vulgar remarks, the ad could have potentially been a great hit.

Except for that one line that Snickers decided to add that would decidedly change the view of many respondents across Australia.

‘What happens when builders aren’t themselves? We thought we’d find out’ / ‘You’re not you when you’re hungry’

Does it mean that builders can only support gender equality (and really, basic human decency) when they’re ‘not themselves‘? This is the question that most critics seem to be asking. An unintentional mistake, a sly dig at feminism or aiming at something else entirely, this advertisement has sparked much debate.

On March 28 Cadbury began its stand against the ad, clearly making it’s company’s point of view clear by declaring that ‘real men’ should respect women whether hungry or not, using a catchy pun to connect their belief to what they’re selling.

Beginning the hashtag #SexismIsNuts against Snickers, the Cadbury Boost Facebook post has gained upwards of 3,500 likes. The chocolate confectionary manufacturers appear adamant to state where they stand in the face of misogyny – and that it’s definitely on the opposite side of Snickers.

However, even then, these two companies are heavily involved in the business world and it’s easy to see how this campaign might just simply be a bid for rising sales.  It’s all very confusing with two rival companies trying to outsmart and outsell each other by using feminist sentiments as marketing ploys.

Personally, I believe that the ad was meant to be innocent and anti-sexist, but instead became somewhat more insulting in the stereotypical representation of construction workers. Then, to continue to overhype these gendered stereotypes, the ad purposefully neglects to include the growing female population of construction workers and chooses men who appear to suit this homogenised image, implying an inherently sexist Aussie bloke caricature.

I believe that it’s doubtful that Snickers were placing a deliberate message in their ad that would purposefully appear derogatory or hurtful. Rather, it’s been more of an accident that has created a view of a well-meaning advertisement that’s become a little more disliked than first intended.

What’s your take on this now infamous Snickers ad, Lipsters?
Do you think it’s innocently harmless, or something more serious?
Share your views with us in the comments!