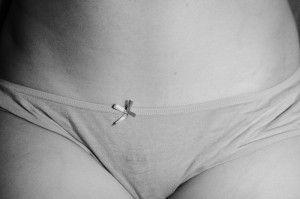 As I recently watched the housemates of this year’s Celebrity Big Brother UK cruelly tear into Stephanie Davis’s discharge in her underwear, I couldn’t help but feel like I was missing something. Yes, her laundry was lying around. No, that was not an excuse to publicly shame her and use her underwear as a way to attack her hygiene. Gawping at her discharge was a violation of her privacy. But more importantly using terms such as ‘filth-pot’ and ‘disgusting’, among some other inexcusable expressions, was not only childish but also completely misguided about the appearance and functions of women’s genitals.

Out of the nine housemates involved in the ‘naming and shaming’, there was only one who treated finding the bodily fluids in the way they should – as completely normal. To my surprise it took this one male housemate to say exactly what I was thinking: ‘Who doesn’t get discharge?’ The lack of support from the other four women was telling of a much wider societal issue in which we are expected to distance ourselves from anything tainting the perfected ideal of what and how a vagina should be.

‘Discharge’ is not a sordid term and it is most definitely not interchangeable with ‘unhygienic’. When researched it will come up as numerous different explanations but at the very basis of its meaning it is simply the way in which the vagina cleans itself.  In fact, having no discharge at all is medically regarded as ‘abnormal’ and a telling sign of a hormone imbalance. Confusion about Davis’s underwear could easily be based on a lack of knowledge from all parties. However, this judgement is considerably driven through the use of Photoshop and airbrushing to further distance people from women’s genitals.

In one-way or another, all vulvas in magazines, most notably lad’s mags Playboy and Penthouse, are digitally altered. All of them. That means we are consistently being ingrained with a misrepresented view of what a “normal” vulva looks like. This misrepresentation not only translates into a problematic false expectation from men but also a degree of shame from women. Just as Davis felt she needed to defend herself from the other housemates, young girls and women feel a growing desire to compare and alter themselves to something that has fast become considered a standardised model.

What this censorship creates is an incredibly damaging and unhealthy depiction of nudity – evident in the fact Australia is fast becoming a country with the highest number of Labiaplasty surgeries. What is even more absurd is the reasoning behind this law. The purpose of airbrushing and Photoshopping is because the classification board considers female genitals to be too rude otherwise. To be clear, it is considered too rude to show the labia minora – a significant part of the anatomy. It is too rude to show anything but a single crease. It is too rude to display a vulva for how it really is.

Labiaplasty is a topic that has been written and spoken about increasingly in the last few years, however, until widely accessible depictions – and descriptions – of women’s genitals and their functions become more realistic it is unlikely the stigma surrounding them will disappear. If it is too rude to discuss or show realistic genitals, then perhaps it’s too rude at all.