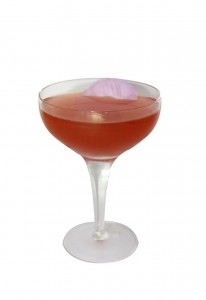 My best friend Fiona and I have a predisposition to drinking Soco Amaretto Limes when we are together, thanks to a song of the same name that we were obsessed with when we were 18.

It’s a mixture of  liquors we don’t usually drink: Southern Comfort and Amaretto. It’s served on the rocks with a squeeze of fresh lime, and it tastes like a maraschino cherry. They are delish, and quite a bit of trouble.

So when I was invited to Disaronno’s Mixing Star People’s Choice Award event, I couldn’t say no, and I had to bring Fiona along with me.

Disaronno is an Italian Amaretto, and like an awful lot about Italy, has some intrigue, romance, and art. The tale goes: In 1525, a Saronno church commissioned artist Bernardino Luini to paint frescoes, including one of the Madonna. Luini needed a model, and for this he used a young windowed innkeeper – in some versions they embarked on quite the affair. Regardless of whatever combination of work, love, sex, and friendship they enjoyed, the innkeeper gifted Luini with a gift of apricot kernels steeped in Brandy. This was the inspiration for Disaronno, which has been produced in Saronno since the 1600s.

The drink itself tastes nutty (but is actually nut free), fruity, and mostly just delicious. If you want me to get technical, the website tells me it’s made with ‘absolute alcohol, burnt sugar, and the pure essence of seventeen selected herbs and fruits’. Whatever it’s made with, as the stars of the Mixing Star Event showed, it makes for a divine and chameleonic mixer.

The Disaronno Mixing Star is a worldwide event.  Participating countries invited bartenders from across the country to submit a cocktail inspired by a movie scene, and held an event to determine the winner. They also had a People’s Choice Award, in which they invited the public (including some lucky bloggers) to make a call – by sampling three finalists and throwing a poker chip in an oversized martini glass, of course.

The winner of this was The Fish Shop’s Quynh Nguyen’s ‘Scarlett Rose’, inspired by Sofia Coppola’s languid and bittersweet Lost in Translation. We’ve been lucky enough to be able to share the recipe with you below.