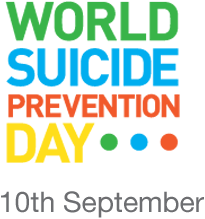 Today is World Suicide Prevention Day and this year’s theme is ‘Suicide Prevention: One World Connected.’ In a world where we are constantly trying to stay connected via our iPhones and Twitter pages, we have seen an increase in depression, anxiety and suicide rates worldwide. Which begs the question: how connected are we really?

My answer is: very little. I recently got a full-time job and am now one of millions who make the daily commute to and from work on public transport every day. I quickly noticed that on packed buses and trains, people tapping their fingers on their phones and not paying attention to what is going on around them (a car almost crashed into one bus I was on – but only the driver and I noticed it happen) is more prominent than ever. The image of everyone’s head looking down to their phones haunts me every single day now. It’s something that makes me sad – and it makes me want to do something about it.

As someone who has struggled with depression and anxiety for, well, as long as I can remember, I am no stranger to wanting to hide away from everyone else by looking down at my phone when meeting someone new, or by watching a movie alone at home instead of going out. But, and again I speak from experience, this does more harm than good. Talking about my issues always makes me feel that little bit better. It gives me strength to solve some of my problems. Hiding away by texting or using social media is bound to make one feel lonelier, not more connected. And it’s been documented that in ‘traditional communities … major depression is almost unknown … In these societies individual concerns are group concerns and vice-versa. You know that if you have a problem, other people will help you and you are expected to help out when others need support.’ Whereas in our Western, modernist, bubble-like societies, we ‘know we are meant to do these things, but it’s not a “built in feature” of modern society in the same way.’

So how can our world become ‘One World Connected?’ I’d say it starts by being informed about suicide, depression and other mental health issues, and then it’s implemented through an increase in real-life interactions, such as chatting to someone face-to-face about their issues instead of ignoring their text until you have time to reply. But this is no easy task, and that’s where World Suicide Prevention Day comes in.

World Suicide Prevention Day is all about talking openly about suicide. And this year, World Suicide Prevention Day is significant because it coincides with the release of the World Suicide Report, which ‘follows the adoption of the Comprehensive Mental Health Action Plan 2013-2020 … which commits all 194 member states to reducing their suicide rates by 10% by 2020.’ The report states that ‘social, psychological, cultural and other factors can interact to lead a person to suicidal behaviour, but the stigma attached to mental disorders and suicide means that many people feel unable to seek help.’ The report goes on to say that ‘an estimated 804,000 suicide deaths occurred worldwide in 2012 … However, since suicide is a sensitive issue, and even illegal in some countries, it is very likely that it is under-reported’ and that ‘globally, suicides account for 50% of all violent deaths in men and 71% in women.’

And what about the action plan that this report proposes? There will be ‘Universal strategies … which are designed to reach an entire population [which] may aim to increase access to health care, promote mental health, reduced harmful use of alcohol, limit access to the means for suicide or promote responsible media reporting.’ Next, ‘Selective’ strategies will be implemented, which will ‘target vulnerable groups such as persons who have suffered trauma or abuse.’ Lastly, ‘Indicated strategies will target specific vulnerable individuals with community support.’

Prevention programs and organisations that will help implement these strategies are a huge part of suicide prevention, and I hope that the target to cut suicides by 2020 gets reached by all countries and that the rate of one person committing suicide every 40 seconds is diminished. But this can also only be properly implemented if every individual takes the necessary steps to either get help, help out a friend or family member, and choose to talk openly about these issues. It’s one step at a time, but I believe every little bit really does count.