the zika virus: WHO, what, when, where, why and how?

On Wednesday, scientists researching the Zika virus in Brazil announced that more than one mosquito species may be able to transmit the virus, complicating further efforts to contain its spread. Previously, the mosquito species Aedes aegypti had been identified as the primary transmitter of the Zika virus. However, scientists were able to infect another, much more common species, Culex quinquefasciatus, with the virus in a laboratory. Culex mosquiotes are 20 times more prevalent in Brazil than the Aedes species.

Further research is required to determine whether the Culex mosquitoes can also transmit the virus. The lack of concrete conclusions around Wednesday’s announcement is in keeping with the general lack of information on the nature of the virus and the ongoing implications of an infection.

The virus was first identified in Ugandan rhesus monkeys in 1947. By 1952 human infections had been identified in Uganda and Tanzania. Since then outbreaks have been reported in tropical Africa, Southeast Asia and the Pacific Islands. By 2007 only 14 cases of Zika had been documented. However, that number is likely to be inaccurate. Due to both the mildness of the Zika symptoms and their similarity to those symptoms of other mosquito-borne viruses, it is likely that the number of infections throughout the 20th century was higher than recorded.

There have been two recent outbreaks of Zika, both in French Polynesia. The first was in 2007 and again in 2013, affecting an estimated 7,000 and 20,000 people respectively.  These outbreaks were associated with an increase in neurological complications, including Guillain-Barré syndrome. However Zika was also co-circulating with Dengue Fever – another mosquito-borne infection with similar symptoms – and the association was difficult to interpret.

In May 2015 the virus was first detected in Brazil and since then more than a million people have been infected. The virus has since spread to much of Latin America and the Caribbean, affecting 23 countries and territories. The arrival of the virus in the Americas has coincided with an increase in Guillain-Barré Syndrome (GBS) in the general public and a rise in the number of babies born with microcephaly. GBS is a rare illness of the nervous system in which a person’s own immune system damages the nerve cells. It can cause muscle weakness and in rarer cases paralysis. Microcephaly is a birth condition caused when a foetus’s brain does not fully develop during pregnancy, causing the baby’s head to be smaller than average. Microcephaly is linked to developmental delay and intellectual disability. It is a lifelong condition.

Traces of the virus have been found in the tissue of mothers and babies affected by microcephaly.  The number of people infected by Zika who also have GBS has risen as well. However, it is not yet certain whether the Zika virus does actually cause microcephaly or GBS. On Thursday, a study was published confirming that the Zika virus infects a type of neuronal stem cell associated with the brain’s cerebral cortex.  While this study does not conclusively prove that the virus can lead to microcephaly, it certainly supports earlier indications that the two are linked. 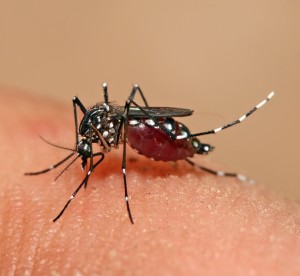 At the start of February, the World Health Organisation declared that the clusters of microcephaly and GBS that have appeared in Brazil, concurrent with the outbreak of the virus, constitute an international public health emergency. WHO’s announcement was uncharacteristically swift.  The organisation has never previously declared a public health emergency without knowing the exact cause of the condition in question. The speediness of the decision has been understood as a response to criticism that the WHO reacted far too late to combat the Ebola outbreak in 2014.

Despite the quick response from global health authorities, the Zika outbreak demonstrates chronic flaws in the global public health system. The virus was first discovered almost 70 years ago, with a major outbreak in 2013 and yet there is still no vaccine, treatment or common diagnostic test for the virus. The WHO estimates there are currently 15 companies and academic bodies researching a vaccine for the Zika virus. Yet the first studies in humans are not likely to start until next year. Developing a vaccine is further complicated by the fact that pregnant women are often excluded from clinical trials until the safety of the product is well established.

Other uncertainties surrounding Zika include the virus’s incubation period, the interaction of the virus with other mosquito-borne viruses and whether it can be transmitted sexually. In response to this last possibility, Pope Francis has appeared to consider relaxing the Catholic Church’s ban on contraception. However, he has explicitly ruled out abortion as a viable response to the virus.

In many of the countries affected by the virus abortion is illegal.  Nonetheless, in Brazil alone, around one million women visit illegal abortion clinics to end unwanted pregnancies each year.  These abortions are often dangerous and complications from unsafe abortions are the fifth leading cause of maternal death in the country. Zika appears to have already increased the number of women seeking to obtain abortions illegally. Women on Web, an online collective which supports women looking for abortions, has seen the number of Brazilian women contacting them nearly triple since the onset of the Zika outbreak. Although the exact cause of the rise is not yet determined, the organisation has stated that they can identify no other reason for the increase.

An additional uncertainty is whether the virus can remain latent in the body and potentially impact pregnancies conceived after the initial infection. This concern has come to the fore in the lead up to the Olympic Games in Rio. The risk for competitors and tourists travelling to the region may impact the turnout for the Games. This, like so many aspects of the Zika virus, remains uncertain.