on the run, on my own: a local tourist

I’ve never really thought of myself as fussy when it comes to hostelling. As long as you give me a bed and a doona, I’ll be fine. But after three weeks (and counting) staying in dorms with at least six other people, there are certain aspects that I could do without. Like snorers. Or people who slam doors. Or people whose bags spill out. Or people who leave their straighteners outside the bathroom…

I was lucky enough to be asked to house sit by a friend who lives in Balmain, a beautiful suburb in Sydney’s Inner West. Staying in a “real person” suburb, outside of the massively touristy parts like The Rocks and Kings Cross, where I stayed when I first arrived, has given me a completely different view of Sydney and its people. But I’m still not tired of it.

When I arrived into Circular Quay, I got my first glimpse of the Harbour Bridge. I was tired, I was traumatised by having to drag my rucksack on public transport, but as soon as I saw the Harbour Bridge, I knew I’d made the right decision. When it comes to seeing landmarks, it can go two ways: you are either underwhelmed, because you’ve seen the photos and them on TV, or you are completely blown away.

Seeing the Harbour Bridge and the Opera House was definitely the latter. I don’t think I’ll ever get used to seeing the sun set behind them. There’s something so iconic about them and that image will forever be “Sydney” in my mind.

I’ve always loved how each city has a different feeling and I think that feeling stems from how you feel in them. Manchester will always be home to me, so it feels vibrant but also comfortable. And for some reason, I always feel lost in London. But in Sydney, I feel relaxed.

As a solo traveller, Sydney is the perfect city to be alone in. There’s something in the air that makes you not feel like you need to be listening to music or be checking your phone when you’re sitting in a café. I’ve lost count of the times that I’ve just grabbed my city map and walked as far as I could, feeling incredibly indulgent because I don’t have to be somewhere for a certain time.

As I’ve been in Sydney for a while now, I’ve found myself in a slightly strange situation. Three weeks is a long time to be a tourist in a city and I feel like I have a good grasp of what Sydney has to offer and where I’m going. But then again, I’m finding something new every day. Like yesterday, I wandered to Centennial Park (I say wandered – I didn’t realise how far it was from Railway Square so I consoled myself and my aching legs with a gelato in Surry Hills) and spent the day people watching. I’ve never been embarrassed to be a tourist and you’ll often find me stopping and taking a picture of something that I like. It’s great to be able to flit between being a local and a tourist because you get the best of both worlds. As a local, you can walk with purpose and you don’t feel like you’re getting in everyone’s way.

But as a tourist, you can get on the wrong bus and play the “Sorry! Still trying to get my bearings” card (this has only happened once to me, by the way). Oh, and you can also stop in the middle of the Botanical Gardens, tripping up about six joggers as you do so, and take pictures like this: 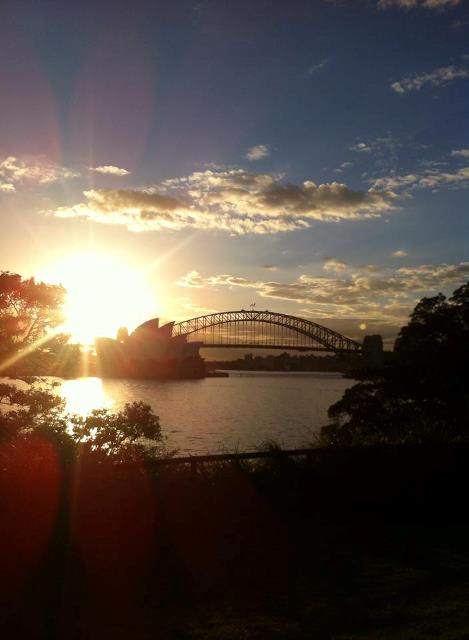 I think it’s worth it.