memoir: i had a dream about you 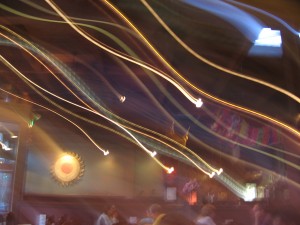 The colour of this fantasy seems to me to reflect something closer to cream than anything else – cream, yes, because that is the colour of the walls I remember even if it was not correct. That was not important. It was the essence: cream, because even the air was delicious and sweet and perfect, and cream because you were smoother than ever. Almost anything you were was a trigger, something that rolled off my tongue and licked the air like it was confectionery.

It’s funny how we can remember some of the details of these dreams quite clearly, like the room that we were housed in, or the way the furniture was arranged, or what the waiter looked like. I thought he looked distinctly Asian. You agreed, lazily. Perhaps/maybe you weren’t paying attention. You had this habit of drifting out of reality and travelling somewhere in your mind quite far away without notice. I watched your face pale, and smiled. It was like a deep river. It was something that could calm me forever. I drank from you like a? swan. You were untouchable. Our neighbours bustled from seat to seat around the table in order to find a better arrangement and out of the corner of my eye I could see other people moving in and out of some reed curtains out the back, hurrying on their way to the bathroom.

I remember this so closely because like many of my other dreams, it happened in a place we had been together.

The night was thick with glasses clinking, humdrum chatter, and the bubbling in my stomach that I would feel with you. It was when you would touch me on the arm to say “could you please pass that to me?” that felt like I was being shocked by something electric, it was the way you would look at me and smile like a schoolboy discovering their crush on a trip to a neighbouring school, it was a smile that could tear me apart. It wasn’t just us at the table. I remember this because we had somehow snuck ourselves onto a double date, but no-one was caring, no-one was defining anything. All I noticed was that we were together, if only fleetingly, for a small and beautiful period of time. I was so in awe of you. I couldn’t tell if you knew.

You had just poured me water. I felt so close to liquid. This is what they call being awash with something.

I had begun to talk to our two friends who were seated with us. They too, were together, and it was quite marvellous really: two odd pieces of Lego that had decided to fit together. It was so charming. They were distracted by something – something in their hands, they were looking at a phone, or maybe it was a book. I don’t quite know. I do remember how fixated they were, so aptly focused on the text of this object, compelling them to withdraw themselves from the situation of the whole room, much like I was with you.

Hercules, your presence filled the room with something like a thunderclap contained inside a ball. You were always moving, weren’t you, always talking, adding to what needed to be said. I could be content relinquishing my opinionated self. I could reflect what you said inside my mind and out again like a double-sided mirror, because you were everything that could gleam from inside of a body, you coalesced like a planet on its orbit. And then if I were to put my hand on the table, my dreams would let your hand meet mine there as well, and that would be all. That would be all I would ever need. We would carry on talking and engaging ourselves with our friends like this was a history that needed to be written. I was beginning to feel my consciousness fade into the background of the atmosphere, melting between shades of colour, sifting into the sounds that hummed around us. I was like a fine powder. It seemed endless.

Moments could stretch out forever. You were the catalyst and I was an explosion. Tiny explosions happened every second but they were dulled by the safety of us.

The dance carried on. It moved out into the streets. Ghost-walking within seconds, not being quite sure how we had come here, but being too drunk on cotton candy dream cloud to question or object, really. The cars sped fast in long strips of exposed light, like something we would see on TV. I watched them and heard your voice spreading over our heads like honey dripping from the sky. It was telling us where we needed to go. It was laid on thick. The harmony of the traffic: bum bum bum, hum hum hum. Zip this way, zap that way. Extended semibreves on an archway of night. The dream sky stretched before us, the highway exploding into lights of machinery and whiteness. I felt like a bird within the dream space, the cloud enveloping, soaring through you like an aeroplane.

And we drifted up through them towards the dream door, we exited, at once finding the end.

This memoir is taken from the zine The Dream I Had : About You, by Jonno Revanche, to be released in April.