cuts, cuts, cuts: a breakdown of the 2014 federal budget 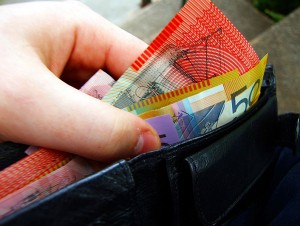 The government has put forward its scheme to get the budget back into surplus, the contribute and build budget, so named by Joe Hockey. Here is a break down of some of key points in the budget.

The government has proposed $50 billion worth of cuts to health and hospital funding over the next ten years.

If you need to visit your GP or use out of hospital pathology or imaging services like x-rays, you will soon have to pay a Medicare co-payment of $7 to do so. For concessional patients and children under 16 this $7 fee will only be implemented for the first ten services each year (a total of $70) after which the fee will be waived.

People will also pay approximately $5 more for medication through changes to the Pharmaceutical Benefits Scheme.

The government has proposed that $20 billion will be given to the Medical Research Future Fund. Other science organisations such as CSIRO, Australia’s nuclear science body, ANSTO, the Australian Research Council, and the Institute of Marine Science will incur massive cuts over the next four years. The government is also set to save $850 million over the next five years by terminating science programs.

The government will strive to achieve a 5 per cent reduction in carbon emissions.

Public funding for university courses will be cut by 20 per cent and universities will have the option to set their own tuition fees. Graduates will incur higher interest rates and be forced to pay off their loans sooner.

The government will expand subsidies to diploma, advanced diploma and associate degrees.

The Gonski funding plan will only be run for four years under the Liberal government.

The ABC and SBS will lose 1 per cent of their annual funding over the next four years (roughly $43.5 million per year). The Australia Network has been unfunded.

The government has proposed a $500 million cut to indigenous programs over the next five years by updating the administration of over 150 indigenous programs. Funding will be cut to The National Congress of First Peoples and will be reduced to The Torres Strait Regional Authority.

The pension age will be raised to 70 by July 2035. Pensioners now have to claim a lower amount of money ($30 000 per year) from their assets when they claim the pension.

The $7 co-payment to visit the GP will affect Pensioners and with untaxed superannuation now counting towards the income test the Senior’s Health Card will be more difficult to gain.

Many people on the Disability Support Pension will have their eligibility reviewed with those people under 35 facing tougher criteria to remain on the pension. People on this pension who can work up to eight hours a week to any capacity will be reintegrated into the workforce in compulsory work programs.

There will be large cuts to Arts orginisations, which will be cut by $87.1 million.

The government is set to cut $7.6 billion out of the foreign aid budget over the next five years.

16,500 Commonwealth public servant jobs will be cut. 70 Federal agencies have been abolished and some agencies may face further cuts or closures.

Petrol prices will rise by almost 4 cents and raise $2.2 billion over four years.

Mining companies will be given $100 million over the next four years for minerals exploration. Mining will not incur an increase in the diesel fuel excise.

Joe Hockey has stated that all Australians have to bear the burden to get the budget back into a sustainable position. Do you think the government’s federal budget is fair? Or are there some who are harder hit by it?

How will the budget effect you, Lipsters?
Share your thoughts with us in the comments!