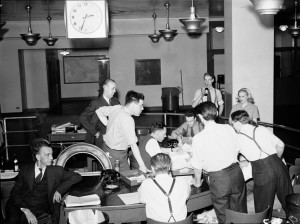 The UK’s ‘Project Bush’ will culminate in an art installation that features images of the pubic region of anonymous women in order to challenge conventional expectations of lady-town. You can join the conversation on Twitter through the hashtag #projectbush.

Carrying signs and flowers, thousands gathered in a peace march for victims of violence in Melbourne today.  The murder of 29-year-old Ms Meagher as she walked home last year sparked a successful push to change Victoria’s parole laws.

Wajeha al-Huwaider, a writer who has repeatedly defied Saudi laws by driving a car, and Fawzia al-Oyouni were arrested for taking a food parcel to the house of someone they thought was in an abusive relationship. Their appeal against a charge of inciting a wife to defy the authority of their husband failed, and they are now facing a ten-month incarceration and two year travel ban.

Both women in surrogacy arrangements are officially entitled to maternity leave in the UK, the European court of justice has found. The decision, based on the case of a mother from Newcastle upon Tyne who works for the NHS, requires the two women to split the allocation of paid leave. Both must receive a minimum of two weeks each. It is not yet known if the decision extends to non-biological mothers in same-sex relationships.

The Ombudsman for Children in Sweden called on Saturday for the country to ban circumcision, a practice he said contravened the basic rights of boys. ‘Circumcising a child without medical justification nor his consent contravenes this child’s human rights,’ wrote Fredrik Malmberg in a text co-signed with health professionals and published in the daily newspaper Dagens Nyheter. Cosmetic circumcision is banned in Australian public hospitals, and there is a grey-area in many states as to the legality of the operation for other reasons.