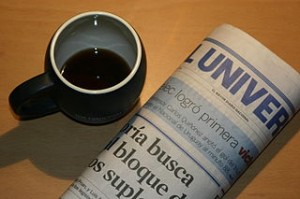 Notorious male feminist Hugo Schwyzer called himself a hypocrite and a fraud in a twitter tirade this week. He admitted to being unqualified to teach feminism, and revealed he had an affair with a 23-year-old woman at the same time as condemning age disparate relationships in the Atlantic.

Teacher fired for being gay reaches settlement, won’t get job back

A teacher from Ohio who was fired after her mother’s obituary revealed she was a lesbian has reached an undisclosed settlement with the Diocese of Columbus. Carla Hale will receive ‘acknowledgement’ for her time spent at Bishop Watterson High School, but she will not be returning to her role as physical education teacher.

A teenage abuse victim has been labelled ‘predatory’ by a judge during a court case in the UK. The Crown Prosecution Service has also condemned a barrister acting on its behalf for saying the 13 year-old was ‘sexually experienced’. The man accused of molesting the child was given a suspended sentence despite admitting to being guilty.

Covered in Lip this week