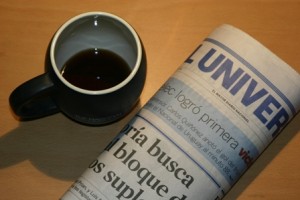 Tunisian woman Amina Tyler, who sparked controversy last month when she exposed her breasts online in protest and was subsequently committed to a psychiatric facility by her family, fled captivity this week and vowed to continue to use her body as a symbol of protest. In a video posted to Femen’s Facebook page, Amina said: ‘I don’t want to leave Tunisia before doing a topless protest. I will do a topless protest; then I will leave.’

The winner of the inaugural Stella Prize – the award that celebrates women’s contribution to Australian literature – was announced early this week. The award went to Western Australian writer, Carrie Tiffany for her novel ‘Mateship with Birds’, which is set in country Victoria in the 1950s. ‘It is astonishing and lovely to be the first recipient of this new prize,’ she said, adding: ‘The longlist of the Stella Prize introduced me to some exciting new books and the shortlist includes several dear friends. It is an honour to be considered with them.’ She also announced that she would generously return $10,000 from her $50,000 prize money so that it could be shared equally among the other shortlisted entrants.

Hands up, who here has been vaccinated against HPV? In 2007, Australia became the first country in the world to introduce a government-funded National Human Papillomavirus (HPV) Vaccination Program to help protect young women against HPV infections, which cause genital warts and can lead to cancer and other diseases. And the program has thus far proved effective. Results of a recent Australian study show that the number of genital warts cases dropped from the national average of 11.5% in 2007, to .85% in 2011 among women under the age of 21; and 11.3% in 2007 to 3.1% in 2011 among women between the ages of 21 and 30. HPV is the most common sexually transmitted disease in adults worldwide.

Duntroon to Have First Female Commandant

In its 102 year history, the Royal Military College in Duntroon finally has its first female commandant — Brigadier Dianne Gallasch. She joined the Australian Defence Force in the mid-80s, when female recruits underwent segregated training, and according to the Canberra Times, ‘her appointment comes at a time when the ADF is tackling issues of gender equality and the treatment of female members head on. The way is now open for women to serve in all roles in the military, so long as they can demonstrate they are physically capable. There is a push to attract more female recruits to meet staffing targets in the years to come.’

Also covered on Lip this week:

Feminism ‘A Threat to Russia’

First Female Muslim to be Elected to Australian Parliament