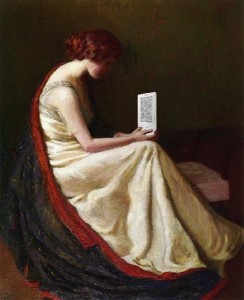 pregnant refugee Abyan to return to Australian for ‘medical advice’
It has been confirmed by Immigration Minister Peter Dutton that the pregnant Somali refugee known as Abyan will return to Australia to receive medical advice. Earlier this month, Abyan was flown to Australia for an abortion, alleging that she had been raped on the island of Nauru, but was returned to the island a few days later without receiving treatment. This week, the UN human rights agency had publicly condemned the Australian government’s treatment to sexual assault victims on Nauru.

deputy sheriff fired after video released of violent teen arrest
Deputy Ben Fields of South Carolina, the police officer who was caught on video this week body-slamming a black female high school student while arresting her in a classroom, has been fired. Richland county sheriff Leon Lott said that Fields was fired as a result of violating agency policy, but also called the student in question ‘disrespectful’ and claimed that she caused the incident. Go figure.

study finds that Australia’s social cohesion is stronger than ever
A large-scale social cohesion study by the Scanlon Foundation has found that Australians’ acceptance of immigration and cultural diversity is strengthening. There has been a significant fall in numbers of Australians experiencing racial or religious discrimination, down from 19% in 2013 to 14.5% this year. But the results are still troubling, noting that over 20% of Australians admitted to having negative feelings towards Muslims, and 28% of Australians born in India and 25% of those born in China reported experiencing discrimination in the past year.

student posts flyers around campus accusing college footballer of giving her chlamydia
A University of Michigan student has printed 5,000 flyers and placed them around campus, accusing a star footballer on her university’s team of giving her Chlamydia. Calls to mind that episode of Sex and the City where Samantha Jones prints flyers when her boyfriend is caught cheating.

Herpes affects two-thirds of people under 50, according to WHO
The World Health Organization (WHO) has estimated that more than 3.7 billion people under the age of 50 have the highly infectious herpes virus type 1, which causes cold sores around the mouth. The study, published on Wednesday, found that a further 417 million people aged 17-49 have the type 2 virus, which causes genital herpes. WHO medical officer, Sami Gottlieb, called for the development of vaccines against the viruses.