in brief: 51 girls rescued from ‘flesh trade’ in nepal 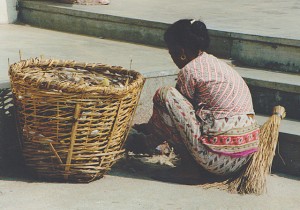 Nepalese online newspaper, República, reports that in the last year, 51 Nepalese women and girls have been rescued from the illegal sex trade in the Khasa region on the Nepalese-Tibetan border.

According to the report, the trafficking of women, often against their will, from rural areas of Nepal into Tibet has increased significantly in recent years, largely due to the free China-Nepal border policy.

Trafficking of Nepalese women and girls north into Tibet has increased in recent times, in part because of greater co-operation between the Chinese and Nepalese governments. Beijing is providing significant amounts of aid to Nepal in return for cracking down on Tibetan refugees fleeing south to India via Nepal.

Following the rescue of five girls at the Khasa and Rasuwa checkpoints two and a half years ago, security operations targeting the sex trade in the border towns have been stepped up.

Nepal is a major human trafficking source, with many young women, usually from poorer rural areas, being trafficked overseas to work in the sex trade and in forced servitude. The American Himalayan Foundation, a US-based non-profit organisation, estimates as many as 20,000 Nepalese women are trafficked outside the country every year. The 2004 United Nations Nepal Human Development Report estimated that approximately 20% of those trafficked are under the age of 16.

The lack of educational resources and economic opportunities for women in many areas of Nepal is a leading factor in the problem. The existing caste social system also plays a major role. Many of those targeted by human traffickers are members of the Dalit (untouchable) caste, the very lowest social stratum, for which violence, coercion, and exploitation is considered by many to be the norm.

The vast majority of those trafficked from Nepal are smuggled across the porous Indian border to work in brothels, or else to be taken onwards, often to the Middle East or South East Asia.

According to Kopila Tamang, a supervisor at Santi Punarsthapana Griha, most of the girls get one day passes from the border, but rarely return.

2 thoughts on “in brief: 51 girls rescued from ‘flesh trade’ in nepal”