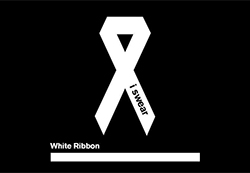 Monday was White Ribbon Day in Australia, representing an international day for the elimination of violence against women.

In Australia, one woman is killed every week by a current or former partner, and 1 in 2 women over the age of 15 report physical or sexual violence at some point in their lives.

In light of White Ribbon Day, the Australian Council of Trade Unions (ACTU) requested that special leave be made available for domestic violence victims, asking for the leave to be included as a minimum entitlement in the 2014 award review.

ACTU secretary Dave Oliver said that the unions would support a special resolution on the issue. Mr. Oliver stated that although 1.2 million workers already have access to domestic violence leave, the leave should be extended to cover more people.

‘The most recent ABS personal safety survey found that over 17 per cent of Australian women had experienced physical or sexual violence … and that around 60 per cent of them were in paid employment.’

Mr. Oliver is a White Ribbon ambassador. He also said that employers were required to ensure confidentiality of worker details, encouraging employers to ensure that victims are not discriminated against.

The likelihood that a woman suffering from domestic violence is going to ask her boss for leave because her spouse is abusing her isn’t very high. We can only hope that any domestic abuse leave will encourage more women to speak out about their suffering, and more men to speak out against violence against women.

One thought on “in brief: ACTU wants domestic violence leave”