in brief: Alaskan senator wants women to have pregnancy tests before drinking in bars 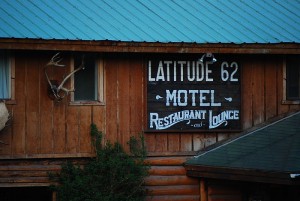 A state senator in Alaska is advocating that women have pregnancy tests before drinking in bars.

State senator Pete Kelly believes that if this happened women would no longer drink when pregnant, thus not giving birth to babies with foetal alcohol syndrome.

Senator Kelly also claims that birth control such as the pill is not enough for binge drinking women. According to Kelly women often forget or don’t use the birth control properly and then binge drink causing damage to their unborn child.

But don’t be fooled, Kelly won’t support free birth control to stop this happening, instead he has angered women (and a fair few men) by calling women who use birth control irresponsible. He believes that once women discover that they are with child they will suddenly act responsibly and stop drinking and harming their baby.

So, in sum, Senator Pete Kelly is a bit confused about babies, birth control and women in general. What he is proposing and what he has spoken about before and after contradict each other, really just leaving everyone scratching their heads. He doesn’t want alcohol syndrome babies but he also doesn’t support birth control? In short what he is saying that women should not drink nor engage in sex and men should monitor females if they choose to.