in brief: teacher fired for being gay 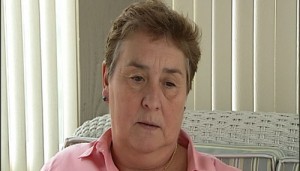 An anonymous parent identified Hale’s partner as a woman (Julie) mentioned in the obituary. Within days, Hale was fired. She told reporters:

‘Bishop Watterson [High School] is an amazing place to be, with the staff, the faculty, it’s a very positive environment. If it wouldn’t have been for my mom’s obituary and my partner’s name being Julie and not Chris or Pat or whomever, I wouldn’t be in this situation right now. It would be Wednesday, 8th period, badminton tournament.’

The school used Diocesan Policy 45116.1, which states that Catholic school personnel are expected to be examples of “moral behaviour” to justify the termination. But there was no indication that other teachers, such as those who use birth control, or perhaps are divorced, would face similar repercussions, despite not upholding the Catholic Church’s “moral law”.

Students have rallied in support of the teacher, creating an online petition to reinstate her. As of Friday morning, more than 15,000 signatures had been collected.

News reports suggest Hale’s attorney is considering filing a complaint with the city.

While Australian lawmakers reformed anti-discrimination laws earlier this year, loopholes were left open that would allow a similar situation to develop in this country. Faith based organisations such as religious schools and care facilities can refuse to employ someone who doesn’t “conform” to the doctrines or beliefs of that organisation. They can also terminate the employment of someone based on their gender identity or sexuality.