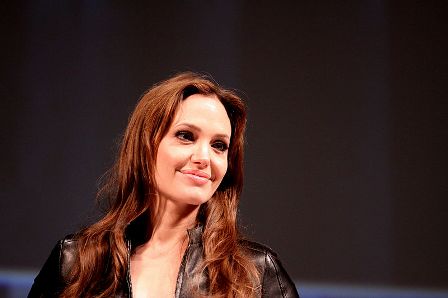 Actress and director Angelina Jolie has revealed she has had a double mastectomy to reduce her chances of getting breast cancer. In an op-ed for the New York Times, she discussed her motivations for the choice and encouraged other women to find out if they were at risk of the disease.

Jolie’s mother died from breast cancer at the age of 56. Jolie carries the inherited BRCA1 gene mutation and had an 87% chance of breast cancer. The mastectomy has reduced the likeliness of developing breast or ovarian cancer to 5%.

On average, women with the BRCA1 mutation have a 65% chance of developing breast cancer.

In the piece, Jolie discusses the mastectomy process, which began in February and ended in late April. Although Jolie managed to keep the surgeries private at the time, she chose to reveal her experiences so that others in the same situation may understand the strong options available.

‘I wanted to write this to tell other women that the decision to have a mastectomy was not easy,’ she wrote. ‘But it is one I am very happy that I made. My chances of developing breast cancer have dropped from 87 percent to under 5 percent. I can tell my children that they don’t need to fear they will lose me to breast cancer.’

The usually private actress acknowledged the role her partner, actor Brad Pitt, played in the process.

‘Brad was at the Pink Lotus Breast Center, where I was treated, for every minute of the surgeries. We managed to find moments to laugh together. We knew this was the right thing to do for our family and that it would bring us closer.’

Jolie called for increased availability of genetic testing and preventative treatment for women, particularly in developing countries. According to the World Health Organisation, breast cancer kills 485,000 women each year.

The article received well over a hundred comments in the hours after it was published. Commenters thanked Jolie for raising awareness on the issue of the genetic mutation and the options available to women at risk.