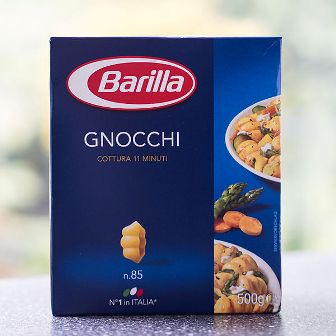 Italian gay rights activists are calling for a boycott of pasta company Barilla’s products after its chairman made comments about homosexual families.

‘For us the concept of the sacred family remains one of the basic values of the company,’ Barilla told Italian radio this week after being asked about the depiction of women in advertising.

Barilla’s sentiments in the interview debated for women’s depiction as homemakers and primary meal preparers in the Italian household after an appeal in parliament to change this, then moved on to gay families.

While claiming the move is not out of a lack of respect for same-sex partnerships, Barilla said the company’s product appeals to like-minded consumers.

‘I don’t see things like they [gay consumers] do and I think the family that we speak to is a classic family,’ he said.

Barilla further said that if gay consumers did not like their advertising, they should purchase other products.

Within hours of the radio interview, #boicottabarilla was trending on social media, with activists and members of parliament urging for action from consumers.

Complaints directed to Barilla have been combatted with apologies and sentiment about wanting to maintain the ‘central role’ of women in its advertisements.