In brief: BBC wants to save the children from the feminine evils of red lipstick 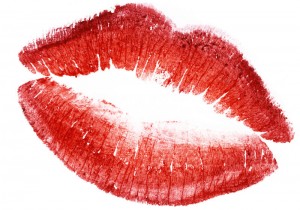 We all know by now that in this scary modern world kids these days have a bit of a hard time. (LOL JK where was my iPhone at age 9??) Apart from practically slipping out of the womb onto a pile of Apple devices, screens a-glow with Angry Birds and Minecraft, the more world-weary among us tend to weep for their innocence and naivety in this sexualized, media-soaked epoch.

But it’s OK, you guys, because the BBC is here to stop all that.

In issuing new ‘wardrobe guidelines’ for the lady-people hosts of its children’s programs, the BBC will ensure that the pure minds of children are not sullied by moral evils such as … Red lipstick.

A BBC spokesperson told a convention that the network wants to portray positive role models for young girls, who are not over-sexualised. According to executive director of the BBC children’s programming, Melissa Hardinge, the ‘sexualisation of girls is something we take incredibly seriously. We try and show fantastic female role models.’

While the sexualisation of young girls is a legitimate feminist issue that we should all have a good think about, it is also pertinent to question whether the censorship of women’s dress and self expression really helps. By ‘banning’ cartoonishly stereotyped ‘sexy woman’ things such as red lipstick, which have little to no obvious sexual connotation (especially to children) outside the sick-minded Freudian social constructions of what it means to be ‘sexual,’ is the BBC just as harmfully perpetuating Madonna/whore dichotomies about femininity and feminine sexuality?

2 thoughts on “In brief: BBC wants to save the children from the feminine evils of red lipstick”