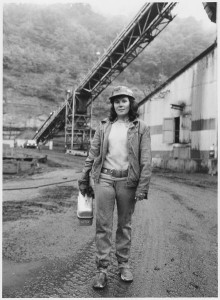 CLEO magazine has confirmed that the gender pay gap is still very real, particularly for women employed in finance or insurance. CLEO research has revealed that the basic principle of ‘equal pay for equal work’ is still not operating in many of our country’s biggest banks, insurance companies and financial institutions.

Although the national gender pay gap was around 18% in 2012, in the finance and insurance sectors, women are said to be paid almost 34% less than male colleagues. CLEO has reported that CMC Markets Asia Pacific, an online brokerage firm, pays females in senior management, management, administrates and sales less than their male peers, a fact justified by a senior manager because male manager are ‘…responsible for larger teams, which are also revenue-generating areas of business’.

What was not addressed by the company’s representative were the reasons why male managers were given larger teams or more revenue-generating business areas over suitably qualified female peers.

In response, Marian Baird from the University of Sydney has asked, ‘Why aren’t women being allocated the larger teams as well? What makes some of those jobs more important than others? It’s a social construction: what value we put onto it comes from what value we hold men and women to in society.’

The gender pay gap is said to start as soon as graduates enter the workforce, with the Australian government’s Workplace Gender Equality Agency confirming an average pay gap of around $5,000 even when similar skills and knowledge – or in fact, identical – are at play. The architecture and building industries were on the top of the worst performing industries, with the starting salary for male graduates an average of $52,000, compared with just $43,000 for female graduates, representing an almost $10,000 pay gap.

CLEO editor Sharri Markson said many companies were unaware the gap existed until contacted by the magazine, with some promising to examine their practices. Others were said to have ‘shrugged’ off the findings.

Researchers have warned that should these trends continue, Australia won’t achieve gender parity until the year 2300. CLEO magazine have started an online petition Ditch the Pay Gap!