in brief: Germany to introduce quota for women in boardrooms 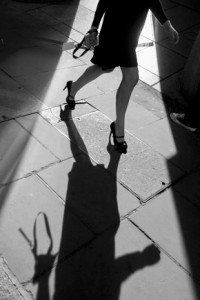 Following Norway’s footsteps from 2003, Germany is now set to introduce a quota for numbers of women in boardrooms.

The country’s major political forces, Chancellor Angela Merkel’s conservatives and the social democrats, have made a compromise over the frauenquote, or women’s quota. As of 2016, companies registered on the German stock exchange will be required to have boardrooms of at least 30% female employees. Large firms will also have to make public their plans to elevate more women into executive roles.

Until now, the conservatives had successfully managed to deny attempts to enforce a women’s quota. From 2011 up to July this year, proposals put forward by the social democrats and the greens were continually rejected.

However, the resistance has collapsed after the Free Liberal Party failed to get into parliament this year. The conservative’s negotiator, Annette Widmann-Mauz stated that the change of heart was due to a ‘cultural shift within companies.’

In 2001, Germany introduced voluntary targets for women in management positions, but the results were very small. German women currently hold only 12% of corporate board seats, and among the 30 largest companies listed on the stock exchange, only 101 out of 488 seats.

As of 2016, women will hold more board seats than ever, and companies who are unable to fill 30% of positions with women will be forced to leave the seats vacant. There’s no doubt that the change will cause a massive upheaval for German companies. Conservative parliamentarian Michael Fuchs said that ‘it’s a toad that we’re going to have to swallow. There are companies where it’s going to be difficult.’

However for some, this is a small step in the changes that still need to be made. People are petitioning for not just a quota, but more practical measures to be implemented to allow more women in executive positions.

Communications company, Deutsche Telekom, embraced the change, having announced back in 2010 that it was aiming to achieve the quota. Spokesman Christian Schwolow told The Guardian that what is needed is ‘systematic support for female workers even at junior recruitment level.’