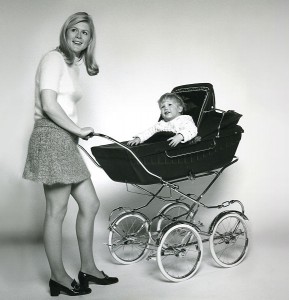 You may not have known that, until this week, in Italy, children of married couples were required by law to take their father’s surname. Required. By. Law.

None of this ‘aww it’d be a nice nod to tradition for the kids to have his name’/ ‘his name sounds all sexy and Germanic and we’d obvs have movie star offspring with a name like that’/ ‘the mother-in-law will kill me if we don’t further the family line’ – No. Full on legal stuff.

But this week, the European Court of Human Rights ruled that the Italian law stopping children from having the option to be registered under their mother’s name was ‘discriminatory’ and ‘patriarchal.’

The ruling must have been a major moment for couple, Alessandra Cusan and Luigi Fazzo, who first challenged the law in 1999, fighting what would have seemed like a losing battle to name their daughter Maddalena Cusan instead of Fazzo. Back in 1999, when they appealed to name their daughter with her mother’s surname, the court informed Cusan and Fazzo that the existing law ‘corresponded to a principle rooted in social consciousness and in Italian history.’

As the new ruling from this week finds, this history is a patriarchal one, which, according to the European Court of Human Rights, is ‘excessively rigid’ and discriminates against women.

What this story reveals to us is the extent to which names are not just a major aspect of who we are, but they are also imbued with historical, cultural, social and gendered meanings that stretch far beyond our own personal identity.

One thought on “in brief: Italian law requiring use of father’s surname ruled discriminatory”