in brief: law firm tells women not to giggle, squirm, or eat too much 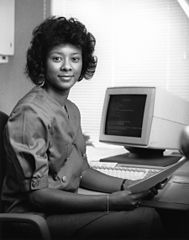 A law firm in the States has come under criticism after a memo directing women to ‘wear a suit, not your party outfit’, to not show cleavage, and to drop the use of  ‘like’ was leaked.

The ‘advice’ was from a document called ‘Presentation Tips for Women’ sent to female associates of Clifford Chase. The tips ranged from the inane to blatantly obvious and insulting: ‘Use a relaxed, open throat, breathe from the abdomen & keep your mouth open’ (?) to ‘Practice hard words.’

Choreograph your hands (I assume that means jazz hands are okay?)

Lower the pitch – your voice is higher than you hear (oh, women and their squeaky voices. So cute, trying to do law.)

To avoid nerves – eat something, but not too much (moderate those carbs, yo!)

When contacted by Above the Law, a US legal website covering the controversy, the firm released a statement claiming that the pointers were not meant to cause offence, and were merely one person’s advice to female colleagues.

‘While much of what is covered is common sense, we believe that it is important that women as well as men are given access to a range of different viewpoints and approaches; there is no Clifford Chance template on how people should present. The offense caused by a small percentage of the suggestions in the tip sheet was entirely unintentional.’

However, as pointed out by Staci Zaretsky, it is unlikely that the male staff have been sent a memo advising them not to adjust their crotch in meetings or wear boardies to work. The statement itself shows that the firm does not have a template on how people should present, just women.

You can read the list of ‘helpful’ hints here.

Does your workplace have different standards for women?

Do you think these tips are attempting to make women less feminine?