in brief: no makeup selfies raise over $3.6 million in 48 hours 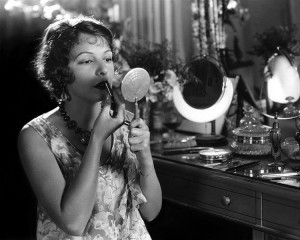 Over the last week our Facebook newsfeeds have been full to the brim with ‘no makeup selfies.’ While they’ve spawned some serious debates around awareness-raising versus narcissism, they’ve also managed to raise a whole lot of money for cancer research.

In just 48 hours, Cancer Research UK received over $3.6 million dollars in donations. After just 24 hours of sharing the text code for donations on Wednesday, more than 800,000 people began donating to the cause.

And now they’ve announced that the figures have doubled. The ‘no makeup selfie’ has gone viral on social media. Countless women have gone bare-faced along with the hashtag #nomakeupselfie and a text message as evidence of their donation.

When posting a ‘no makeup selfie,’ people can choose to nominate friends to keep the chain reaction that began on Monday.

Although the hashtag wasn’t started by Cancer Research UK, they were quick to jump onto the bandwagon, saying ‘thousands of you are posting #cancerawareness and #nomakeupselfie pictures and many have asked if the campaign is ours. It’s not but we love that people want to get involved!’

As well as raising awareness, many have used their selfies to remember a loved one. Celebrities have also jumped in and posted their own photos.

Carolan Davidge, director of communications at Cancer Research UK said, ‘Thanks to people choosing to donate to us as part of the #nomakeupselfie trend, we’ve been overwhelmed with support and donations in the past 48 hours.’

‘We’ve raised over £2m so far, and the #nomakeupselfie is still going strong! The trend isn’t something Cancer Research UK started so it’s been fantastic to see so many people getting involved and wanting to use their selfie to raise money for our life-saving research.’