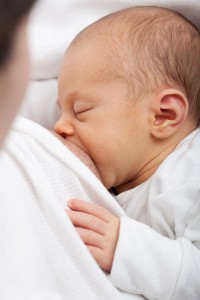 A 20-year-old New South Wales woman banned from breastfeeding has had the legal decision overturned.

The ban emerged during a custody battle for her young son, with the injunction’s reason cited as a recent tattoo potentially exposing the child to blood borne illnesses, including HIV, through feeding.

This ban was enforced despite the woman testing negative to the virus and Hepatitis, as she is still in a three-month window period during which antibodies may not appear in results.

The injunction was not sought by the child’s father during the custody case.

The original Federal Circuit Court judge, Matthew Myers had intended to stop the woman – known as ‘Ms Jackson’ – from breastfeeding due to her postnatal depression and medication.

Unable to use this reason, the court relinquishing the ban heard Myers googled other reasons to stop Ms Jackson breastfeeding.

‘It’s not in the best interest of the child.

‘I seriously want the mother to consider [stopping breastfeeding] before I make an order to prevent it, and I will do it.

‘I don’t care if it hits the front page.’

One of three justices hearing the case to overturn the injunction, Robert Aldridge said Myers was biased in his decision.

‘Judges must not mistake their own views for facts for appropriately qualified evidence,’ Justice Aldridge said.