in brief: NZ radio host refers to 70kg women as ‘heifers’ on air 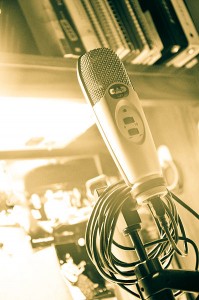 New Zealand radio host, Rachel Smalley was caught offensively referring to women as ‘lardos’ and ‘heiffers’ while she thought she was off-air earlier this morning.

The presenter for Newstalk ZB was previously discussing a story on the emergency contraceptive pill, where it was mentioned that the average New Zealand woman weighed 72kg.

The show then cut to a commercial break, with Smalley unknowingly still on-air berating women for their weight, her voice heard underneath the advertisements.

‘The average woman is 72kg, heifers … lardos, bunch of lardos,’ she said.

Her comments resulted in a tirade of upset listeners, with many taking to Twitter to voice their disappointment.

It’s not the first time a respected radio personality has been caught speaking offensively off-air, but the low blow against Kiwi women in particular has sent quite a shockwave through the country.

The slip-up was not uploaded to Newstalk ZB’s website, and Smalley later apologised for her comments, but there is no doubt it has left a dent in her professional career.

‘I deeply regret the comments. They were offensive,’ Smalley said. ‘I’m sorry, it was a genuine mistake.’