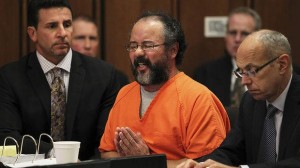 Reports from the US media indicate that Ariel Castro, who kept women captive in his Cleveland home, has died after being found hanging in his cell.

Prison officals say he died in hospital after prison medical staff were unable to revive him.

Castro was sentenced on August 1 to life imprisonment without parole plus 1000 years.

He held three women against their will for close to a decade. The women were frequently raped and beaten. The house has since been demolished.

He was pronounced dead at 10:52 pm, according to JoEllen Smith, a spokesperson for the Ohio Department of Rehabilitation and Correction.